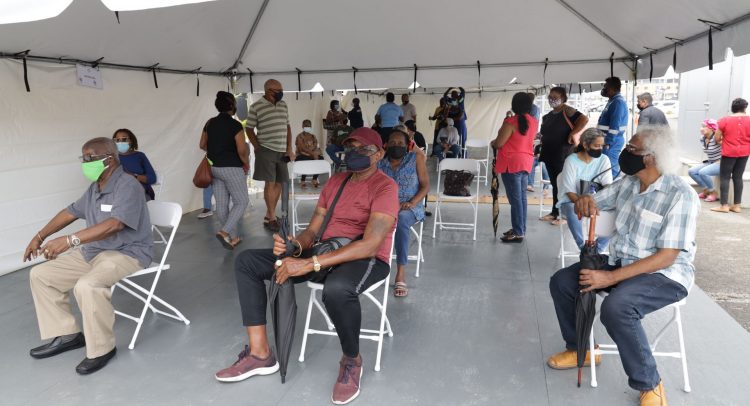 Younger, healthier people with no co-morbidities are now dying from the COVID-19 virus in T&T and the Health Ministry is now testing them to determine if the more deadly Brazilian (P1) strain was responsible for their deaths.

Parasram said that of 300 samples tested so far, there are 25 confirmed cases of that variant.

He was speaking at a news conference yesterday at the Diplomatic Centre, just before the Health Ministry announced that five more people had died from the virus.

“P1 is said to be 1.5 to 2.5 more transmissible than the previous strain, the Wuhan strain,” he said.

“We did see some deaths in younger people, one in the 30s, a couple in the 40s without co-morbidities in the past few days, which is a worrying trend,” he said.

“There is a concern about whether it can be attributed to the P1. Time will tell when we confirm those samples,” he said.

The P1 he said was “moving faster and hitting harder” which meant we had to “double-up” on the restrictions and try to stop the spread.

“We have to be very vigilant,” he said.

Parasram yesterday said that he noticed the “worrying trend” of climbing COVID-19 positive numbers since March and now the country has just 10 days left before it runs out of beds for sick patients.

Parasram said that the health officials expected people to come together over the Easter weekend. He said the numbers would first double, then quadruple very fast.

“The effect is exactly like a snowball,” he said.

The CMO said that based on their contact tracing of infected patients, they found people pick up the virus at their workplace.

Parasram said that contract tracers say that a lot of contacts has also been coming from private gatherings.

The number of P1 confirmed cases has now put T&T on the no-fly list for Jamaica.

Prime Minister Dr Keith Rowley yesterday said that the Prime Minister of Jamaica, Andrew Holness, notified him yesterday that because of the presence of the P1 variant, Jamaica is barring travel to and from T&T.

The Government is also moving ahead with the vaccinations and is still expecting some 33,600 vaccines at the end of May, with another 33,000 expected without a delivery date yet.

Initially, the WHO was supposed to approve this vaccine for use at the end of April but that has been delayed.

T&T has been in discussions with China president Xi Jinpeng two months ago to discuss getting this vaccine. China promised 100,000 Sinopharm vaccines in the first instance and Moderna is now supplying 500 million to the Covax facility.

Britney Spears slams the documentaries being made about her life