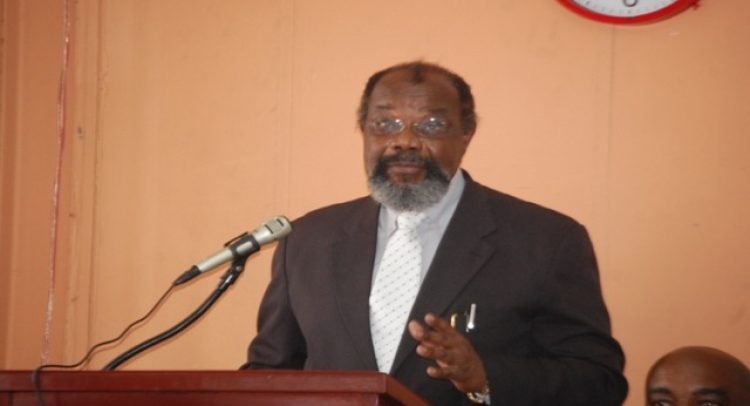 This was confirmed in a release from St. Kitts & Nevis’ Attorney General, Garth Wilkin on Wednesday, 14th September, 2022.

Wilkin said, “The Ministry of Justice & Legal Affairs is shocked and saddened to hear of the sudden death of former Resident Judge for the Saint Christopher Circuit of the Eastern Caribbean Supreme Court, His Lordship Retired Justice Mr. Errol L. Thomas.”

Wilkin said that Thomas was well-liked by counsel for his strong personality; his stern approach to his judicial work; his heart-warming laugh; and his professional dancing skills exhibited at Bar Association events.

Many local counsel will never forget the emotional story he told at the start of court, sometime in
2013, about his near-death experience attempting to drive through – and becoming trapped in –
College Street Ghaut during a heavy storm, which resulted in his Hollywood-styled rescue by a
Good Samaritan continued the Attorney General.

Throughout his illustrious career, Justice Thomas, a Vincentian, served as a Crown Counsel, et al, in Barbados for many years; Solicitor-General in St Lucia; Attorney-General in Grenada from
2001-2010; and Acting Justice of Appeal of our Court.

Wilkin said that “Justice Thomas will always hold a special place in my heart, as he presided over my call to the Bar, and since his retirement from the Bench, he regularly reached out to support my career and provide advice, even in August when I spoke with him after the inauguration, and he wished me well.”

He continued: “[o]n hearing about his sudden death, I was shocked and distraught. I then checked my phone to read his last written words to me: ‘Mr. Wilkin…stay safe’. It warmed my heart, as will my fond memories of him.”

The entire Federation and our Ministry send condolences to his family and friends, many of whom reside in St Kitts & Nevis, and pray that his beautiful soul rests in eternal peace, said Wilkin.