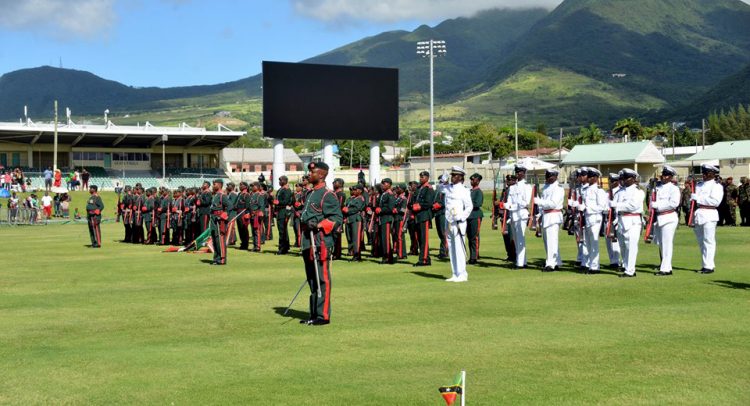 National Heroes’ Day Ceremony to be held in St. Paul’s

Members of the Federal Cabinet, elected representatives, National Hero, the Right Excellent and the Right Honourable Sir Kennedy A. Simmonds, members of the diplomatic and consular corps, and other invited guests are expected to journey to the Robert L. Bradshaw Memorial Park in St. Paul’s for the Official National Heroes’ Day Ceremony on Friday, September 16, 2022.

The ceremony begins at 8 a.m. A Guard of Honour comprising members of the St. Kitts-Nevis Defence Force and the Royal St. Christopher and Nevis Police Force will be featured at Friday’s ceremony. The R. L. Bradshaw Memorial Park was dedicated in 2007 in honour of the Federation’s First National Hero, the Late Right Excellent Sir Robert Llewellyn Bradshaw.

The Honourable Dr. Terrance Drew is expected to deliver his first National Heroes’ Day address as Prime Minister of St. Kitts and Nevis at the ceremony. A highlight of the expected address is the announcement of recipients of the National Honours Awards.

Observances for St. Kitts and Nevis’ National Heroes will continue throughout the day on September 16.

The general public is invited to witness all three ceremonies. The National Heroes’ Day Observance is part of the Federation’s 39th Anniversary of Independence celebrations.