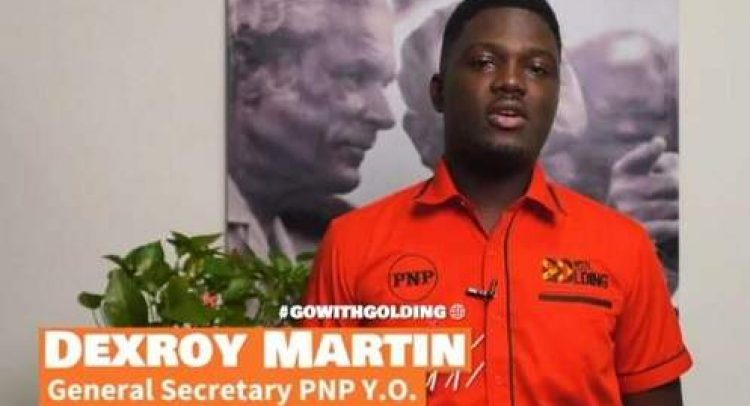 Fourteen of the People’s National Party Youth Organisation’s (PNPYO) 21 delegates have declared their support for Mark Golding in the upcoming party presidential election.

General Secretary of the organisation, Dexroy Martin, said the decision to support Golding aligns with the party’s current needs.

“Jamaica needs a People’s National Party that is vibrant, vocal and visionary. A party grounded in a sense of duty to the uplifting of the masses of the people. A party that listens and has the people at the centre of its decision making,” he said.

Golding and Lisa Hanna will go head to head on November 7 for the position of party president and leader of the Opposition.

Main Photo: General Secretary of the PNPYO, Dexroy Martin says 14 of the group’s delegates will be supporting Mark Golding.