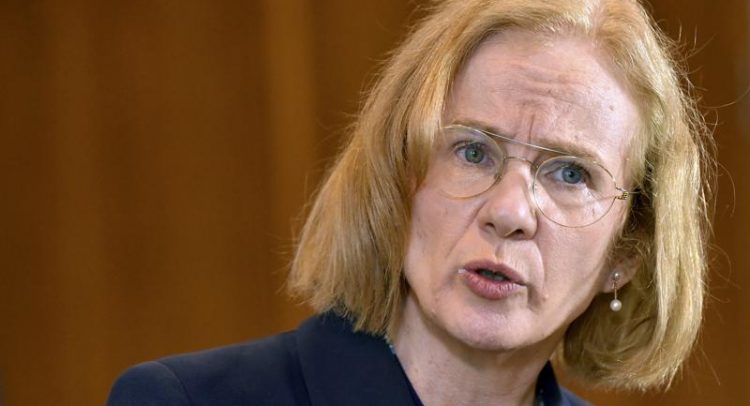 CANBERRA, Australia (AP) — The Queensland and Western Australia state governments on Wednesday advised people under age 40 not to take the AstraZeneca vaccine because of the risk of a rare blood clotting disorder, despite the Australian government making those shots available to all adults.

The state governments’ advice to those under 40 is based on British government guidelines, while the new federal government’s position acknowledges the scarcity of the Pfizer vaccine and an urgent need to accelerate a slow national rollout.

The disagreement has stoked confusion as around half Australia’s population is locked down in Queensland, Western Australia, New South Wales and the Northern Territory due to new clusters, mostly of the delta variant, which is thought to be more contagious.

Australians have a choice of only two vaccines and locally manufactured AstraZeneca is more plentiful.

Queensland Chief Health Officer Jeannette Young said younger adults should wait for Pfizer to become available, despite only 5% of all Australians being fully vaccinated.

With only 42 coronavirus cases active in Queensland, AstraZeneca was not worth the risk for younger adults, she said.

“I don’t want an 18-year-old in Queensland dying from a clotting illness who, if they got COVID, probably wouldn’t die,” Young added.

Australia’s adviser on vaccines, Australian Technical Advisory Group on Immunization, known as ATAGI, recommends Pfizer for people under 60 because of the clotting risk.

As concerns grew about new infections, the federal government on Monday decided to make AstraZeneca available to all adults and to indemnify against lawsuits doctors who administer it.

“Under 40s shouldn’t have it,” McGowan said, referring to AstraZeneca.

But ATAGI advised that AstraZeneca could be administered to people under 60 “for whom Pfizer is not available.” Conditions included that benefits were likely to outweigh risks and that the decision to take AstraZeneca was informed.

“We deeply respect throughout the course of the pandemic there have been a range of views put forward, but the critical elements are that we have a national vaccine program, which is based on the medical advice and continues to be based on that medical advice,” Hunt said.

Hunt declined to say whether Australians younger than 40 should expect doctors would inject them with AstraZeneca.

“I certainly would never step between a patient and a doctor where an informed decision to be vaccinated was made,” Hunt said.

Many younger Australians have proved eager to accept the AstraZeneca option.

The central Australian city of Alice Springs on Wednesday was added to the list of places locked down.

A miner had been infected in a gold mine then spent several hours in the Alice Springs airport before flying home from the Northern Territory to South Australia, where he infected his wife and three of his children in the state capital Adelaide, officials said.

Queensland Chief Health Officer Dr Jeannette Young speaks to the media during a press conference in Brisbane, Australia, Wednesday, June 30, 2021. Young has advised adults under 40-years-old not to take AstraZeneca because of the blood clotting risk despite the Australian government making the COVID-19 vaccine available to all adults and urged younger adults to wait for the scarce Pfizer alternative to become available. (Darren England/AAP Image via AP)