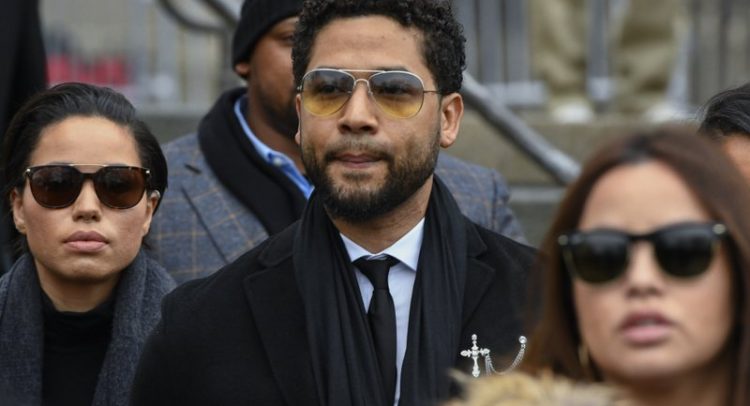 CHICAGO (AP) — Two brothers who admitted helping actor Jussie Smollett stage a racist and homophobic attack in Chicago last year are again willing to help in the case after initially saying they were done cooperating with prosecutors, their attorney said Thursday.

In yet another strange twist in a story that has been full of them, attorney Gloria Schmidt Rodriguez said in a statement that Abimbola (Abel) and Olabinjo (Ola) Osundairo changed their minds after a 9mm handgun that was seized during a search of their home last year was located after it went missing.

“Abel and Ola will recommence their cooperation in the Smollett case now that the handgun has been produced by the Special Prosecutor’s Office,” Schmidt Rodriguez wrote, referring to Special Prosecutor Dan Webb, who is now handling the case. The two, she wrote in a separate letter to Webb, “stand ready to testify at trial.”

The about-face by the brothers came just hours after various media outlets reported that the brothers at the center of the case against the actor were, according to their lawyer, finished cooperating because of the missing gun and their feeling that the police department’s lawyers were treating them like suspects.

One legal expert called that threat hollow from the outset because the brothers had already testified before a grand jury, meaning that if they stood firm prosecutors could simply read that testimony in court.

“What they said is already under oath on paper,” said David Erickson, a former state appellate judge who teaches at Chicago Kent College of Law.

Erickson said if the brothers went into court and refused to testify during trial, there was nothing stopping the judge from holding them in contempt and nothing stopping prosecutors for charging them for their admitted role in what authorities say was a staged attack.

The threat to not cooperate was the latest development in a strange story that has taken a host of unexpected turns since January 2019, when Smollett, a Black and openly gay actor who worked on the TV show “Empire,” reported to police that two masked men had approached him in downtown Chicago, made racist and homophobic insults, beat him and looped a noose around his neck before fleeing.

The story included Smollett’s contention that his attackers told him he was in “MAGA Country,” a reference to President Donald Trump’s campaign slogan, “Make America Great Again.” There was national attention on the case, both when the incident occurred and later when police alleged Smollett staged the attack with the help of the brothers to drum up publicity for his career.

Smollett, who allegedly paid the brothers $3,500 to help him stage the attack, was charged with lying to police before the Cook County State’s Attorney’s Office announced it was dropping the charges. A judge subsequently ordered a special prosecutor to investigate, and the special prosecutor later secured another indictment against Smollett. Smollett has maintained his innocence.

Main photo: In this Feb. 24, 2020 file photo, former “Empire” actor Jussie Smollett leaves the Leighton Criminal Courthouse in Chicago, after an initial court appearance on a new set of charges alleging that he lied to police about being targeted in a racist and homophobic attack in downtown Chicago early last year. (AP Photo/Matt Marton File)

Senator Phipps appointed as Co-chair of the Disaster Mitigation Council in St. Kitts-Nevis