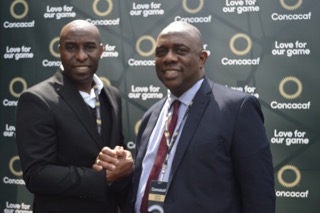 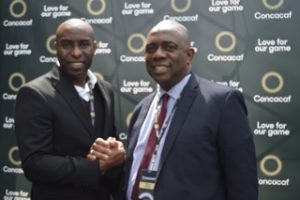 The St. Kitts and Nevis Football Association (SKNFA) is appealing to football fans to support the national team as it prepares to pursue two big international friendly matches this Sunday and on April 26. The Sugar Boyz will do battle with the Dominican Republic this Sunday in Santiago, in the Dominican Republic and will be hosting Jamaica on April 26 at the Warner Park Football Stadium. “For the senior men’s team we expect that this match (against the Dominican Republic) is going to be a very competitive match. The Dominican Republic being one of the rising teams in CONCACAF, we anticipate that this will be a good preparation and a good test for our boys,” he said. “We are happy to announce that we just recently, only a few days ago completed the contract signing with the Jamaica Football Federation (JFF) for a match at home here in St. Kitts and Nevis versus the Jamaica Reggae Boys and this match is slated for April 26th right here in St. Kitts at the Warner Park Football Stadium,” Jacobs disclosed.

Meanwhile, Mr. Jacobs said the SKNFA is in advance stages of discussions with a number of countries for international friendly matches including some top teams in CONCACAF. The SKNFA General Secretary stressed that these friendly matches are very important and are not just meaningless matches. “CONCACAF Nations League is brand new and (the friendly matches) are opportunities to prepare ourselves. The Nations League is designed to provide more meaningful matches within the confederation and it puts all 41 members within the confederation to play with each other…that can only hold well for football within the CONCACAF region,” Jacobs explained.

St. Kitts and Nevis has been drawn in the CONCACAF Nations League qualifying stage to face Puerto Rico, Canada, Suriname and French St. Martin, with the first match carded for September 2018 at home versus Puerto Rico.

TDC keeps its commitment to Youth Development through Athletics