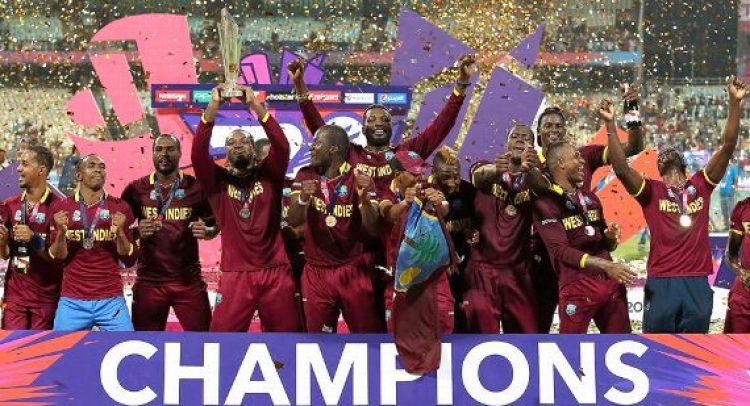 As the prospects of the men’s T20 World Cup proceeding on schedule in Australia this October recede by the day, the ICC board will consider alternative scenarios on Thursday.

An official decision may not come after the board meeting – the ICC issued a statement to say that reports of a postponement were “inaccurate”– but according to one official familiar with the contingency planning, a tournament this year would be “too big a risk” in the midst of the Covid-19 pandemic. The official said the logistics of arranging a global tournament would be “impossible to manage,” and that the “safe option” would be to not have it this year.

Alternative options as to when the tournament can take place were drawn up in a meeting of the Finance & Commercial Affairs (F&CA) Committee, an influential sub-committee within the ICC, on May 22.

Although it is looking increasingly likely that international cricket will resume soon enough the challenges of bringing together 16 teams from across the world into one country and creating a bio-secure bubble for them is of a different scale altogether. The ICC has to take into account multiple travel restriction policies, different quarantine measures in different countries and the loss of revenue from a tournament played behind closed doors (not to mention the additional costs of playing matches in a bio-secure environment).

It is possible that the ICC Board does not make the decision official tomorrow – the ICC pointed to a “number of contingency plans” in its statement – and instead waits till its annual conference scheduled for mid-July. But one official said leaving the final decision late would hurt all stakeholders. “If there is uncertainty too close to the actual event itself then stakeholders like the broadcaster will not like it.”

The four main scenarios for when the tournament can be postponed to in chronological sequence are:

Moving the T20 World Cup to February-March next year. For that to happen though the ICC will have to reschedule the 2021 women’s ODI World Cup – currently scheduled between February 6 and March 7 in New Zealand – to start mid-January. The proximity of the events shouldn’t be an issue, the ICC having held back-to-back world events in 2017 with the men’s Champions Trophy and the women’s ODI World Cup in England. Another key advantage is that keeping it in Australia ensures a continuity to plans already in place.

Questions: Will there be an appetite among the game’s commercial and broadcast stakeholders to have two men’s T20 World Cups in the same year (and three major ICC events overall) considering India are scheduled to host the 2021 men’s T20 World Cup in October-November? And don’t forget the year might include a de facto global event in the IPL as well. Also, will the pandemic have eased enough to make this viable?

Postpone the event by a year without changing the venue. Australia can then play host to a big summer of cricket, which also involves the 2021 Ashes, scheduled from November through January 2022.

Questions: India is already down as the host for the 2021 edition of the men’s T20 World Cup (tax exemptions notwithstanding). This would mean India hosting the event in October-November 2022, but one senior BCCI official has indicated the board would not be in favour as the 2023 World Cup is also scheduled to be held in India in February-March 2023: two global events would take a significant chunk out of the BCCI’s bilateral home season. It could also impact broadcast and commercial revenues to hold back-to-back global tournaments.

Australia host the tournament 14 months later subject to all other teams adjusting their international schedules.

Questions: The predicament of two T20 World Cups within the space of five months remains, if India host the 2021 edition. Also would Australia want to play a global tournament on the back of five-Test Ashes which could leave some of their key players exhausted?

Australia hosts the tournament two years down the line. The tournament still gets played in the Australian summer and by then crowds could be back and gate money and merchandising are key revenue streams for Australia.

Questions: Again, would the ICC, as well as the broadcaster, want two world events in the space of five months (with the men’s ODI World Cup in early 2023)? That World Cup is, as of now, the only ICC event scheduled in 2023 so potentially that could be pushed to October-November later that year.

Test of Standards and end of year secondary schools' common examinations, will not be administered for the 2019 – 2020 academic year