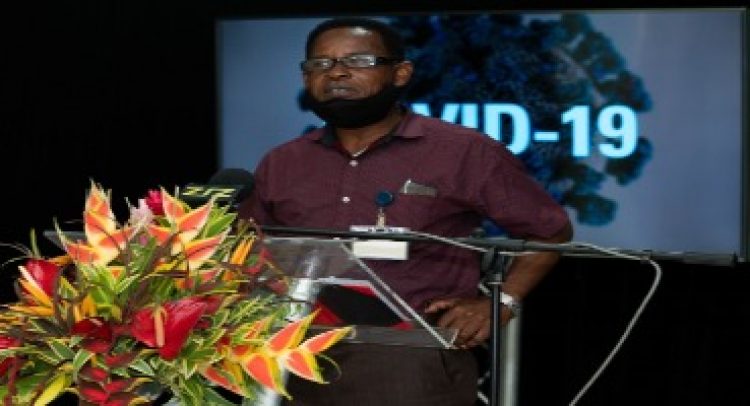 Each year since 2017, there has been an increase in arrivals at the Robert Lewellyn Bradshaw (RLB) International Airport and 2020 would have been no different if it were not for the COVID-19 outbreak, says Elsworth Warner, Airport Manager, speaking at the May 18 National Emergency Operations Center (NEOC) COVID-19 Daily Briefing.

“If you look at the figures for 2017, we would have seen approximately 139,000 persons arriving at the Robert L. Bradshaw International Airport. In 2018, an exponential rise. It moved up to about 150,000 passengers. When we thought that it would have settled there, we saw an increase again in 2019. We expected a further increase in 2020,” he said.

Mr. Warner said that their anticipation “in a brilliant future in passenger travel and the desire to heighten the operational standards at the airport” inspired the St. Christopher Air and Sea Ports Authority (SCASPA) to embark on a number of important capital projects.

“The last few years we have worked very hard to improve our situation there,” he said. “These projects include but are not limited to the refurbishment of the terminal building. …We have done quite a lot of work within the checking area of the terminal building. It’s now fully air-conditioned. We once had a lot of complaints about the heat in that area. No longer do we have those complaints.”

Also refurbished was the runway and taxiways by resurfacing, remarking, and relighting with a brand-new solar lighting system.

“We are still in the process of reconstructing taxiway Alpha, which is our main taxiway at the airport,” he said. “We have had to do some major work in that area, but nonetheless we recognise that these projects are very important and we had to do them.”

CA considering disinfecting the ball to adapt to Covid-19 risks