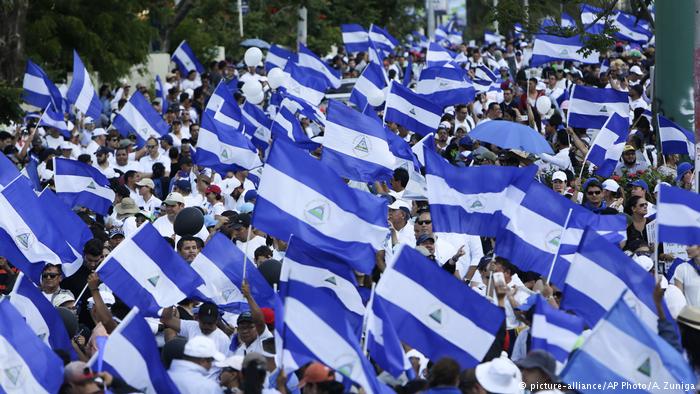 Some 23,000 Nicaraguans have sought refugee protection in neighbouring Costa Rica since deadly political unrest erupted in April, according to to the UN’s refugee agency, UNHCR.,

William Spindler, UNHCR spokesman, told reporters in Geneva on Tuesday that an average of 200 asylum applications are being lodged every day in Costa Rica.

“Besides the 8,000 who have filed asylum claims, and the 15,000 who are waiting to do so, thousands more have arrived in Costa Rica but have not yet contacted authorities there,” added Splinter.

Panama, Mexico and the United States also saw a rise in claims by Nicaraguans in the first half of this year, but the numbers in these countries are still in the low hundreds, according to the UNHCR.

Spindler urged the international community to support Costa Rica and other host countries “in the spirit of solidarity and responsibility-sharing”.

Nicaragua’s unrest began on April 18 with protests against a pension reform plan, which has since been dropped. But violent repression has led opposition anger to mushroom into a broad campaign against President Daniel Ortega and his wife, Vice President Rosario Murillo.

Protesters have demanded Ortega’s resignation and early elections, but the embattled president has said he will not bring polls scheduled for 2021 forward.

On Monday, he also rejected the idea of calling a referendum on whether to hold an early election.

“The opposition has told me … that I have to leave now, they have shouted at me that on April 19. I think it would be a very serious precedent for the good of the country,” Ortega said in an interview with Euronews’ Oscar Valero.

“To follow that path is to open the door to anarchy in the country. A broken Nicaragua would be taken over by drug trafficking,” he added.

His comments came after the White House said on Monday it was revoking or restricting US visas of Nicaraguan officials connected to the violence against protesters.

“The United States strongly condemns the ongoing violence in Nicaragua and human rights abuses committed by the Ortega regime in response to protests,” it said in a statement.

The White House described the Nicaraguan protests as demanding democratic reforms after years of fraudulent elections and repression of opposition parties and independent media.

But Ortega disagrees: “The truth is we are facing a powerful enemy that has intervened militarily in Nicaragua, which is the United States,” he told Euronews.

Nicaraguan human rights group CENIDH said 295 people have died in the violence, while other rights groups talk of up to 485 people killed.

“Human rights organisations are politicised, have a systematic policy against the government and push people to file complaints. They invent anything,” said Ortega.

The current violence comes after years of calm in Nicaragua and is the worst since his Sandinista movement battled US-backed “Contra” rebels in the 1980s.