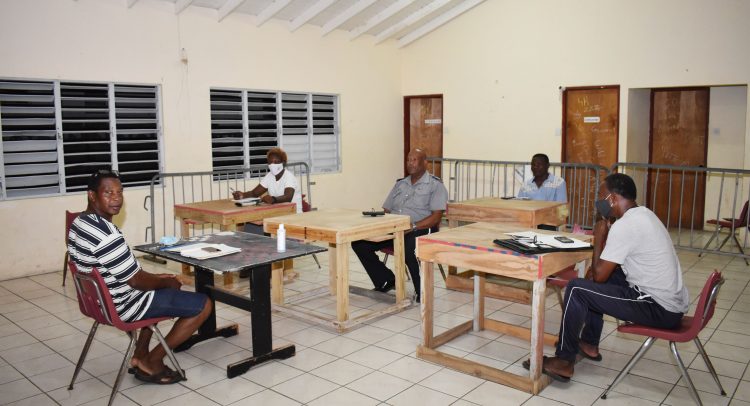 A thanksgiving worship service, at a church yet to be announced, will be held on Sunday July 26. Participating teams’ players and their friends will join sponsor of the domino league, Prime Minister and Area Parliamentary Representative for Constituency Number Seven Dr the Hon Timothy Harris, to thank the Lord for His goodness since 1996 when it was started.

At a meeting of the league’s Executive Committee, held on Tuesday evening June 23 at the Lodge Community Centre in Lodge Project, and chaired by President and League Coordinator Mr Calvin Farrell, it was revealed that Mansion Domino Club is making a comeback after an absence of two years.

Teams that have so far confirmed are the defending champions, Parsons Domino Club and Saddlers Domino Club which finished in the second position, both of which are from Constituency Number Six, and Mansion Domino Club.

Another four teams have expressed interest in returning to the league, and if they confirm participation the league will this year have a record fifteen teams. All captains will meet on Wednesday July 1 at the Lodge Community Centre, according to President Farrell, where they will finalise the league fixture.

At the meeting which was also attended by Mr Simeon ‘Cuban’ Liburd, Vice President, Ms Octavia Huggins, Secretary, Mr Keithly Blanchette, Treasurer, and Mr Jerome Alphonso Clarke, floor member, it was agreed that during all the matches, Covid-19 Regulations will be observed.

“All persons will have to have their hands sanitised regularly, and must wear facemasks at all times,” said President Mr Farrell. “We will also ensure that social distancing will be observed by all participants who are not playing.”