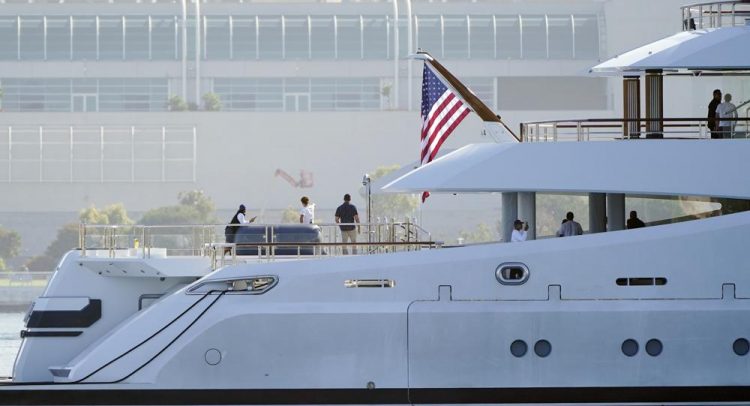 $30B from Russian oligarchs frozen under REPO seizure effort

That’s on top of the yachts, other vessels and luxury real estate that have been impounded as well as $300 billion in Russian Central Bank funds that have been immobilized, the department said.

“We continue to increase Russia’s cost of its war,” Treasury said of the REPO task force, short for Russian Elites, Proxies and Oligarchs.

The program is designed to drain Russia of its resources as President Vladimir Putin continues his invasion of Ukraine, but civil rights advocates have raised concerns about potential overreach.

Treasury Secretary Janet Yellen and Attorney General Merrick Garland convened the REPO task force in March in conjunction with a number of other countries, which work together to investigate and prosecute oligarchs and other individuals allied with Putin. The European Commission has set up its own Freeze and Seize Task Force to work in conjunction with the REPO group.

The collective has worked to impound bank accounts, assets and properties. For instance, earlier this month, the U.S. announced sanctions on God Nisanov, one of the richest men in Europe, and Alexey Mordashov, one of Russia’s wealthiest billionaires, along with his wife and two adult children.

With sanctions increasing, there are growing concerns that seizures are being carried out on non-Americans outside of the judicial review process, with big consequences for sanctioned individuals who may not be able to challenge the seizures.

Attorney Tom Firestone, who specializes in international investigations for business clients, said seizures “can have consequences for innocent people who have nothing to do with the war — we need to be careful not to penalize innocent people.”

“We’ve seen a tremendous expansion of the sanctions,” Firestone said. “The U.S. government is going after a variety of targets. There is a lot of uncertainty about where it is all going.”

The American Civil Liberties Union has contested bills — including the House-passed Asset Seizure for Ukraine Reconstruction Act — that would make seizure of Russian assets easier for the government.

The government said that in a wartime environment that has spawned a worldwide food crisis “we are seeking to maximize the impact of sanctions on designated persons and entities while guarding against spillover that affects global commodities markets and food supplies.”

FILE – People look on from the super yacht Amadea as it arrives to the San Diego Bay Monday, June 27, 2022, seen from Coronado, Calif. The $325 million superyacht seized by the United States from a sanctioned Russian oligarch arrived in San Diego Bay on Monday. A multinational task force designed to seize Russian oligarchs’ wealth has blocked and frozen $30 billion in sanctioned individuals’ property and funds in its first 100 days. (AP Photo/Gregory Bull, File)