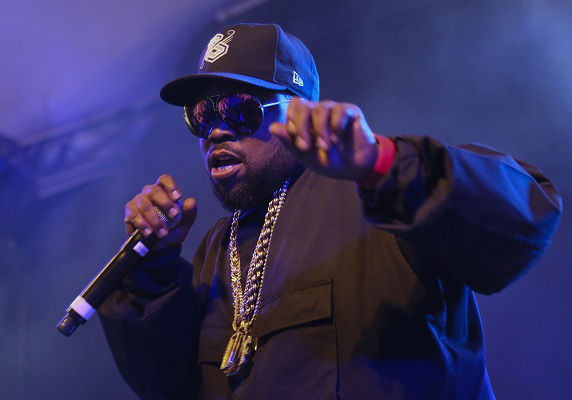 ATLANTA (AP) — Big Boi has never taken an acting class, but he’s still finding ways to land roles thanks to his upbringing.

“From uncles and aunties, hustlers, pimps and pushers, I’ve sucked up game since a tender age,” he said in a recent interview. “I tried to mimic and absorb how they were. I re-enacted a lot. But it really didn’t hit me until Ving Rhames told my moms, when I did ‘Idlewild,’ that I had acting chops and I should pursue it.”

Big Boi has starred in several films including the OutKast movie “Idlewild,” ”ATL” and “Who’s Your Caddy,” and he’s looking to focus on more television and film projects. The Atlanta-based rapper has already landed a recurring role on BET’s “The Quad” and is in the process of filming his part for “Super Fly,” a remake of the 1970s cult classic.

On “The Quad,” which airs Tuesday, Big Boi plays the highly-opinionated father of a new top recruit. The rapper said he can relate to his character since his son, Cross Patton, is a heavily recruited high school football player who was offered a scholarship at the University of Southern California.

Big Boi said he’s not as brash as his TV show character.

“I’m going to games, being that athlete-father-parent,” he said. “I just pulled from my everyday life. But I’m not obnoxious in real life. In this role, I had to actually bring out that obnoxiousness.”

Big Boi is best known as half of the groundbreaking rap duo OutKast. Along with Andre 3000, the group won six Grammys and churned out six platinum-plus albums, including their “Speakerboxxx/The Love Below,” which sold over 10 million copies.

As a solo artist, Big Boi has been able to hold his own. He’s released three studio albums including his critically acclaimed “Boomiverse,” which was released last year. He also collaborated with Danger Mouse and Run the Jewels on “Chase Me,” a Grammy-nominated song from the “Baby Driver” soundtrack.

For now, Big Boi said he’s recorded enough music for him to pursue acting. He’s kicking off his international rap tour this month, but he’s also making time for his other projects: The rapper is producing a couple of animated projects called “Hotlanta Waxx” and “Sherlock Homies.”

Big Boi said he’s been able to juggle everything because he is “having fun.”

“That’s the whole key,” he said. “If it brings you joy, you’re going to be addicted to it. After you’ve sold all the records, won all the awards, it’s nothing to prove. It’s all about having fun and being on some Jedi rap. …. You’re a master, but always to student.”