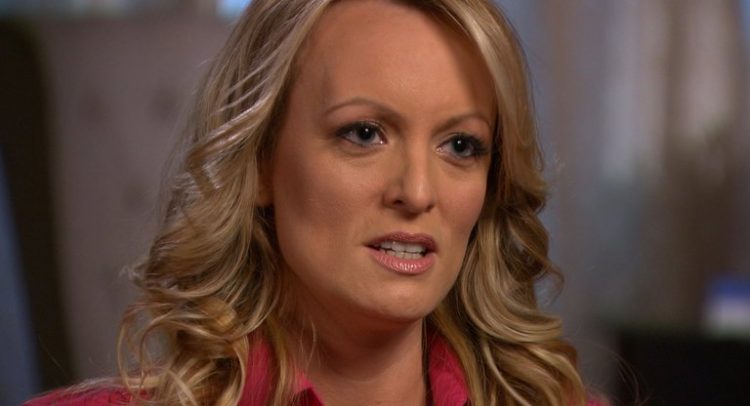 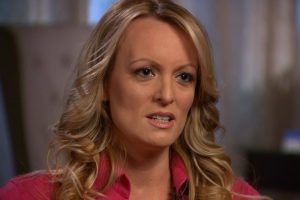 “I don’t think anyone’s ever spoken to him like that.”

Stephanie Clifford was talking, on “60 Minutes,” about her alleged sexual encounter with Donald J. Trump in 2006. Specifically, the pornographic-film actress and director, who goes by the name Stormy Daniels, was describing the moment when she suggested spanking Mr. Trump with a magazine that had his picture on the cover. (According to her, he acquiesced.)

But she could just as well have been describing the way she has told her story (which representatives for President Trump have denied). None of Mr. Trump’s many media antagonists have taken him on in quite this way, on his own terms, using some of the same tactics he did as a celebrity, candidate and president.

Others have come at Mr. Trump with indignation, righteousness and appeals to decency. Ms. Clifford swatted Mr. Trump with a rolled-up network newsmagazine.

Speaking to Anderson Cooper, Ms. Daniels was direct and conversational. She had playful one-liners. (“You didn’t even buy me breakfast,” she told Mr. Cooper.) She told a story. (Describing how she said Mr. Trump awaited her on the edge of a hotel bed — “perched” — she mimed his sitting position and bearing.)

But most important — most, dare I say it, Trumpian — she was unapologetic.

There’s a familiar script for discrediting women who accuse powerful men. They’re attacked as opportunistic and promiscuous, out to make a buck. If they deny any of that, it still ends up making the moral conversation about them.

Ms. Clifford owned her story and her life. Yes, she’s stripped and had sex on camera for a living, a “legitimate — and legal, I’d like to point out — career.” Yes, she’s gotten job offers from her publicity: “Tell me one person who would turn down a job offer making more than they’ve been making.”

That should sound familiar. Running for president, Mr. Trump jiu-jitsued facts that would have ended other candidacies into selling points. Did he give money to candidates he later attacked? That meant he knew how to work the system, and thus could fix it. Did he avoid paying income taxes? “That makes me smart.”

His brazenness was the brazenness of reality TV, the argument of a finalist in a “Survivor” tribal council who tells the jury to hate the game, not the player.

Just so, Ms. Clifford has used unshamability and quick-draw ripostes as a force field. When a critic on Twitter told her that “dumb whores go to hell,” she shot back, “Glad I’m a smart one.”

Ms. Clifford’s story had plenty of tidbits, salacious (her statement that Mr. Trump did not use a condom), bizarre (her recounting of watching an entire “Shark Week” documentary with him) and disturbing (her charge that a man threatened her, in front of her infant daughter, if she spoke about Mr. Trump). But running through it was a theme: I know who I am, and that’s exactly why you should believe me.

Mr. Cooper made the case that the story was worth covering, at double length, on CBS’s flagship newsmagazine. He recognized the story was about sex, asking for details up front and pressing Ms. Clifford on her motives — whether she might get a book deal, for instance. But he moved on to look, at some length, at the possibility that a $130,000 payment for Ms. Clifford’s silence might be an illegal campaign contribution.

Even more, as the subject turned to threats, payoffs and nondisclosure agreements, the interview became about power, the ability of wealthy men to pay, pressure or coerce women into silence. (The alleged parking lot encounter aside, Mr. Trump’s lawyers have openly threatened Ms. Clifford with financial ruin.) It’s about who gets to decide when their stories get told and under what terms.

Ms. Clifford made a point of emphasizing that she was “not a victim” in having sex with Mr. Trump, even though she described an encounter she was, at best, unenthusiastic about. “You put yourself in a bad situation and bad things happen, so you deserve this,” she said.

A few days earlier, Mr. Cooper sat down on CNN with Karen McDougal, a former Playboy model who says she had an extended affair with Mr. Trumpat around the same time as Ms. Clifford. Ms. McDougal described having been in love with Mr. Trump, then guilty and apologetic for having a relationship with a married man with a newborn child.

Ms. Clifford, on the other hand, represented herself as having no illusions about herself or Mr. Trump. Asked if she thought he had offered her a role on “The Apprentice” to keep her romantically interested, she said, “Of course. I’m not blind.”

To paraphrase one of Mr. Trump’s campaign lines, she was saying that she knew he was a snake when he took her in. With this admission, she implicitly told the audience: Look, we’re all adults here. We know how these things work.

As an argument, that was 100 percent Trump. Mr. Trump did not put Ms. Clifford on his TV show. But she did make it on TV, where she proved an adept apprentice in his media techniques. Maybe even a master.

Carib Cement Could Save Billions From Asset Buy-Back