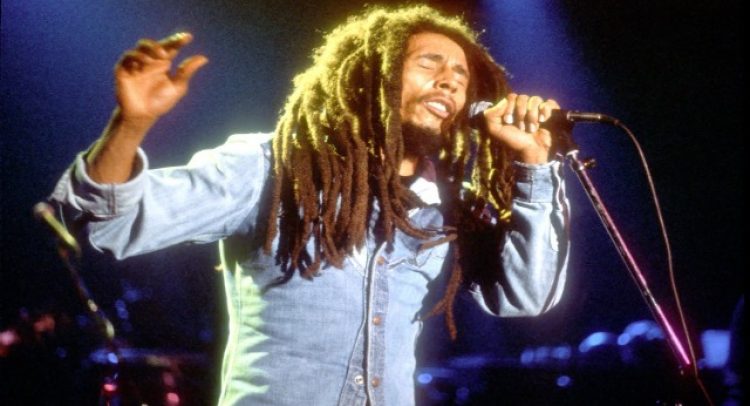 BASSETERRE, 11th May,2021, (MyVue News.com) –His songs were revolutionary. They helped calm the spirits and provide clarity to the struggles of many nations. But most of all, the music of Bob Marley has proven to be timeless.

It was 40 years ago, on this date, 11th May,1981, when the world was informed that this great Jamaican reggae artiste, Bob Marley, had died. Cancer, they said, was the cause.

Even in death, the demand for Bob remains high. His net worth is currently valued at US$130 Million.

His music delivered comfort to the dreadlock Rastafarian religious followers and the poor and downtrodden in the slums of Jamaica, just as the biting lyrics caused the power elite in Kingston, (the Jamaican capital), to be suspicious, if not fearful, of his intentions.

Though the whole nation turned to him to stage a peace concert that brought the main political leaders of Jamaica together, along with their warring factions, it was his own people who turned against him and tried to assassinate the Gong.

They came in the cover of the night, on 3rd December, 1976, while he was at home with his wife Rita and friends and they sprayed bullets into the house. The bullet(s) hit him in the right side of his chest and his left arm, but he survived.

The Smile Jamaica Peace concert was scheduled for 2 nights after. Some have opined that it was an effort to prevent the peace initiative. This was at a time in Jamaica when the American CIA was very active and the political division was at its highest.

“You running and you running away, but you can’t run away from yourself,” sang Marley, after he left Jamaica to escape the violence in the country, and perhaps to prevent another attempt on his life. Many questioned why he left, and even Bob seemed to have done the same in that famous song, Running Away, which was on the Kaya album.

“You must have done, something wrong,” suggested Bob to himself, in Running Away.

But as fate would have it, it was not the bullets of a Jamaican gunman that took his life. In the end, it was Metatastic skin cancer. His final breath was taken at the Cedars of Lebanon Hospital, in Miami, Florida, USA. The world was shocked.

Months before, reports had surfaced about his illness, but yet, no one was prepared when finally, the announcement came. There was disbelief. Many hoped that what they were hearing was some bad hoax by an insensitive messenger. But no. It was true. Bob had slipped away.

Whether it was “no Woman No Cry”, “Rastaman Vibration”, or “One Love”, everyone had a favourite song from Bob.

Four decades after his death, his music continues. The impact is the same. His popularity is greater than when he lived. Every nation, in every language, on every continent, the name Bob Marley is known and the songs he bequeathed continue to fill our hearts with love and consciousness like no other has been able to achieve.

Simply put, Bob was a revolutionary more powerful than even he understood. His was more than music. It was a doctrine.

The day after his death, a report in The Age, stated, “One reliable way to find out what people in Jamaica are thinking is to listen to the Top Ten. Former Prime Minister Michael Manley learned this very quickly. “Reggae musicians reflect public attitudes much more accurately than a political machine,” he once said. “A reggae song has a tremendous effect on the pace of political change.”

Bob left us at the age of 36, and much too soon. He would have been 76 years old today.

Amid outcry, NBC says it will not air Golden Globes in 2022