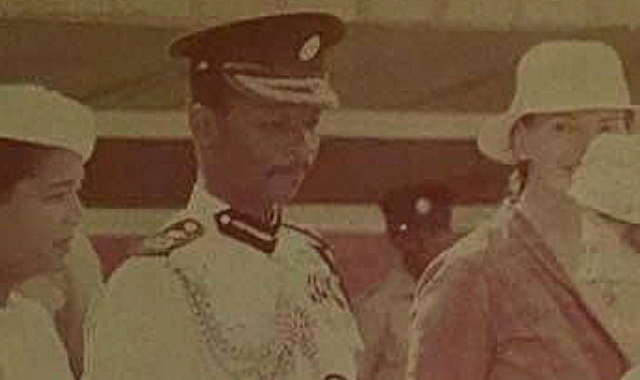 Commissioner of Police statement on the passing of retired C.O.P. Stanley Franks

I was deeply saddened when I learned of the passing of Mr. Stanley V. Franks – Retired Commissioner of Police. On behalf of the High Command of the Royal St. Christopher and Nevis Police Force (RSCNPF), and on my own behalf, I wish to extend sincerest condolences to his dear wife, Mrs. Esperena Franks, as well as the entire family, friends, acquaintances and well-wishers of the late Stanley Valentine Franks of blessed memory.

Today, is another sad day in the history of the Royal St. Christopher and Nevis Police Force as we mourn the loss of another pioneer and stalwart of the Federation. This was a man who epitomized the true spirit and meaning of selflessness, service and Country Above Self.

Commissioner Franks enlisted in the St. Christopher-Nevis-Anguilla Police Force on February 01, 1960. He served his country faithfully as a Public Officer for well over half a century – over thirty-three (33) years as a Police Officer and in excess of twenty (20) years as member of the Police Service Commission as the representative of the Police Welfare Association after he retired from the service. He was also a founding member of the Police Cooperative Credit Union (PCCU) and the Association of the Caribbean Commissioners of Police (ACCP) of which he was its first Secretary/Treasurer.  He is recorded as being the longest serving Commissioner of Police (1980-1993) in the Federation.

Commissioner of Police (Retired) Stanley Franks has had the distinct honour of being recognised by Her Majesty Queen Elizabeth II on two (2) occasions. He was awarded the Queen’s Police Medal (QPM) for Meritorious Service in the New Year’s honours list in 1983. Then, a few years later, in October 1985, on the occasion of the visit of Her Majesty Queen Elizabeth II, he was invested Lieutenant of the Royal Victorian Order (L.V.O.) for service with distinction. His recognition came long before his retirement in October 1993.

He will be remembered as a visionary leader who went to great lengths to ensure that the RSCNPF was well placed to deal with the challenges of modern policing. His contribution to its development and, by extension, security in the Federation is undoubtedly nothing short of herculean. His input will be etched in the annals in our nation’s history books. His pioneering work has reaped dividends, and will continue to do so long after his sojourn on earth.

In my considered opinion, he lived a full and rewarding life pleasing to God and man. He was a man amongst men during his time and I am very humbled and privileged to be a part of his legacy in so many ways.

Therefore, in my capacity as Commissioner of Police and President of the Association of Caribbean Commissioners of Police, I once again extend sincerest condolences to his family, friends and acquaintances.

May the soul of our dearly departed brother rest in eternal peace and rise in glory.

Iran's currency plunges to record low as US sanctions loom