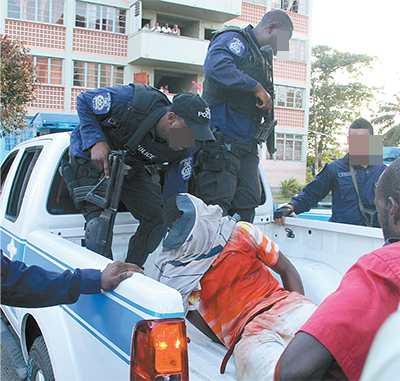 Replying to Opposition questions in Parliament, he added, “However, the names of police officers aren’t always included in the initial complaints and therefore the figure can vary once an investigation has commended and the officer(s) are identified in relation to an allegation.”

Officers can become subject to investigations for failing to comply with Sections 151 and 152 of the Police Service Regulations, he said.

To address disciplinary misconduct, Dillon said the police service has implemented training and procedural sensitisation, internal conferencing between complainants and the accused officer to arrive at a “mutually agreed speedy resolution” and target problem-solving via management support.

The latter aspect involves consideration of the policing environment and nature of duties engaged in, the officer’s performance and attendance, any misconduct sanctions, welfare issues of the officer and the view of line management.

Dillon also said there have been no changes to the recruitment process.

On another issue, Dillon said no official report has been made to date on an alleged prostitution ring involving South American women and local law enforcement officials.

This was with respect to information received from the police service and Counter Trafficking Unit of the National Security Ministry.

“However, the Professional Standards Bureau of the police service monitors such reports and initiates all necessary actions,” he added.