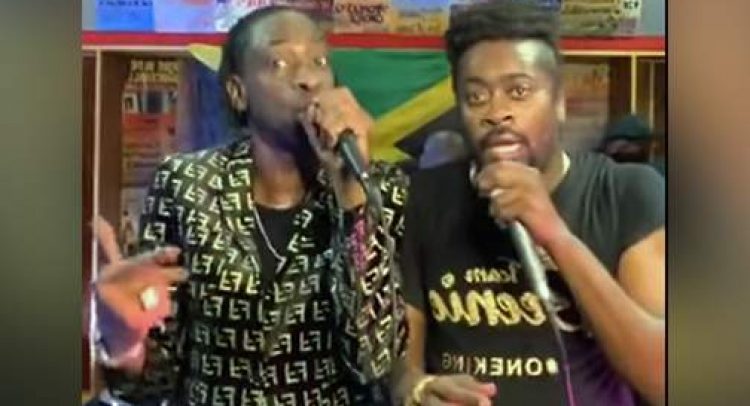 Once it was announced that Beenie Man and Bounty Killer would be the featured on Verzuz, there was a question of the numbers that the two would pull in during the performance.

The duo silenced the critics on Saturday when they cornered social media, attracting some 473,00 to the Instagram feed; were the top trending topic on Twitter ; and had another massive audience on YouTube and other platforms.

At the end of the night it is being estimated that as many as four million viewers may have watched all or some of the clash between these two dancehall icons.

The writing was on the wall for a bumper turnout for the Beenie-Bounty clash as Verzuz TV, the host page for the event, saw an increase by 500,000 within six days, rounding out at one million followers by the start of the showdown.

By 7:00 pm the number of viewers stood at 150,000 and within 40 minutes after the clash started the figure had more than doubled to stand at 318,000. The numbers never stopped inching upwards until the end of the event over two and half hours later.

Both acts appeared calm and comfortable and, following the playing of the national anthem, it was Beenie Man who would lead of with a tribute to fallen producer Bobby Digital.

Then the hits from these two icons of dancehall kept rolling.

From Beenie it was Matey, to which Bounty dropped his first hip hop collaboration Just Killa featuring Special Ed. Beenie Man did Memories and Bounty Killer responded with Suspense. Wickedest Slam was followed by Living Dangerously and the title track from the film Dancehall Queen was counteracted with Summer Breeze by Bounty Killer featuring Diana King.

At 8:04 pm following a slight glitch the figures stood at 332,000. The acts then moved into a string of hits on which they joined forces with some of the major names in hip Hop. Tracks featuring Li’l Kim, Guerilla Blacks, and the Fugees brought life to the event and the entertainers enjoyed trying to outdo each other with the next track.

Wukliss Bwoy, Ole Dog, Stucky, Girls Dem Sugar, It’s a Party, Love Me Now , and Guilty would provide a strong set of tunes from both artistes before the proceedings were temporarily interrupted by a visit from the police.

That out of the way, the artistes embarked on what it perhaps the most talked about segment of the clash. Both acts took to the mic, freestyling back and forth on Dave Kelly’s popular Showtime rhythm. By 8:30 pm viewership was at 420,000.

World Dance, Gyal, Modelling, Model, Oysters and Conch, Benz and Bimma, Dude, I R The Greatest, Mmm Hmm, Another Level, Nuff Gyal , and Cry For Die For were the tracks traded.

By the end of the night both acts thanked the thousands who turned out and sealed their friendship while singing a Bob Marley-favourite One Love.

“This is how we represent the culture. At the end of the day it is a musical sport that is marketable,” Bounty Killer noted.