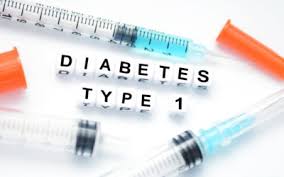 7 Signs You Could Have Type 1 Diabetes

Type 1 diabetes symptoms usually arrive without warning. Suddenly, someone might have unexplained weight loss, constant thirst, and the need to go to the bathroom all the time.

These are all signs that the insulin-producing cells of the pancreas have been destroyed by an immune system gone awry. Type 1 diabetes is an autoimmune disease that causes the pancreas to stop producing insulin.

“We need insulin to convert food to energy and to take it to the organs,” explains Carlos Blaschke, MD, associate scientist with the Diabetes Research Institute at the University of Miami Miller School of Medicine. Without insulin to bring sugar to the cells, the cells starve, he says, and send distress signals–the first signs and symptoms of type 1 diabetes–around the body. “Sugar also starts accumulating in the blood,” Dr. Blaschke adds, which can also spark symptoms.

There’s no way to prevent or cure type 1 diabetes. The best thing you can do is watch for telltale symptoms that can become life-threatening quickly. The sooner you notice something is wrong, the sooner you can be treated. Talk to your doctor if you experience these signs of type 1 diabetes.

Without insulin, sugar accumulates in your bloodstream. The kidneys, which would normally reabsorb sugar, quickly become overwhelmed.

“As the blood glucose rises past a level that can be reabsorbed by the kidneys, glucose is lost in the urine and more water is lost as a result,” says David A. Finken, MD, assistant professor of pediatrics at the University of Nebraska Medical Center in Omaha.

Frequent urination, also called polyuria, is easier to detect in kids than in adults, especially in babies and infants. “Parents might notice more urine in the diaper, they’re changing diapers more frequently, the diapers seem heavier,” says Dr. Finken. “A kid who stopped wetting the bed at 3 years old is now wetting the bed at night. That can be an early clue.”

Without treatment, frequent urination can lead to dehydration and kidney damage among people with type 1 diabetes.

Excessive thirst, also called polydipsia, is a common sign of type 1 and type 2 diabetes. As your body loses fluid through increased urination, you naturally drink more to try to replenish what’s lost. “The amount of water in your body will go down, and you will become thirsty,” says Dr. Finken. Then you end up with a vicious cycle: Feeling thirsty leads to drinking more leads to urinating more and on it goes. (You may also feel hungrier than usual if your body isn’t getting the energy it needs from food.)

If you’re peeing more and not taking in enough fluids, you can become dehydrated, and dehydration causes even more symptoms, including dizziness, headaches, nausea, and fainting. Dehydration can also raise blood sugar levels, escalating the problem even more.

With no sugar to sustain them, starving cells start looking for alternate energy sources. Your body breaks down fat and muscle to use for energy, and that can cause rapid weight loss, even if you’re eating normally.

“Insulin is called an anabolic hormone, which normally promotes storage of fat and the growth of muscle,” explains Kavita Seetharaman, MD, a staff physician at the Joslin Diabetes Center in Boston. “Without insulin, there’s an increased breakdown of fat and muscle.” The amount of weight lost varies person to person but could be as much as 10 to 30 pounds, she says.

Feeling tired is a type 1 diabetes symptom that’s easy to overlook. “Often people attribute this to lack of sleep or day-to-day stress,” says Dr. Seetharaman. “It’s only after treatment with insulin that they feel better and realize it was from the diabetes.”

The fatigue may stem from being dehydrated and losing weight, or from the lack of energy in the body’s cells, which consequently become weak and can’t function normally. But fatigue may not always be related to blood sugar levels, according to a 2014 study published in Diabetes Care. In those cases, cognitive behavioral therapy may help people with diabetes cope with feelings of tiredness.

Both type 1 and type 2 diabetes fall under the umbrella of diabetes mellitus, a term coined centuries ago meaning “sweet urine,” a reference to all of the sugar being excreted by people with the disease. That sugar can make both your urine and your breath smell fruity or like wine.

The odor is from the production of ketones. Ketones serve as an alternate energy source when the cells don’t have sugar to burn. Ketones are made in the body’s process of breaking down fat to use for energy instead. (Ketones can also be produced when you’re dieting or fasting.)

If ketones build up in the blood, the blood can become too acidic. This is called diabetic ketoacidosis, and it can be life-threatening it not treated quickly. If you notice a fruity smell, head to the emergency room, says Dr. Blaschke.

Abdominal pain is one of many signs of diabetic ketoacidosis, when ketones in the blood reach dangerously high levels. Other signs of diabetic ketoacidosis include chest pain, nausea and vomiting, rapid breathing, weakness, drowsiness, and confusion. The condition can reach crisis levels within 24 hours and is sometimes the first sign of type 1 diabetes. “Those are the [people] that end up in the emergency room,” says Dr. Finken. “They can be very sick and can even die.”

Diabetic ketoacidosis can also happen after you are diagnosed. Either way, the mainstays of treatment are IV fluids and insulin.

High levels of glucose in your bloodstream can cause fluid in your eyes to start leaking into the lens. This can make the lens swell and change shape, which can lead to blurry vision.

Fortunately, this is reversible once your blood sugar is under control. “It can take up to six weeks to go away, but then your eyesight becomes normal,” says Dr. Blaschke.

This is different from the eye damage that can occur if blood sugar levels are consistently high over long periods of time, which can lead to blindness.