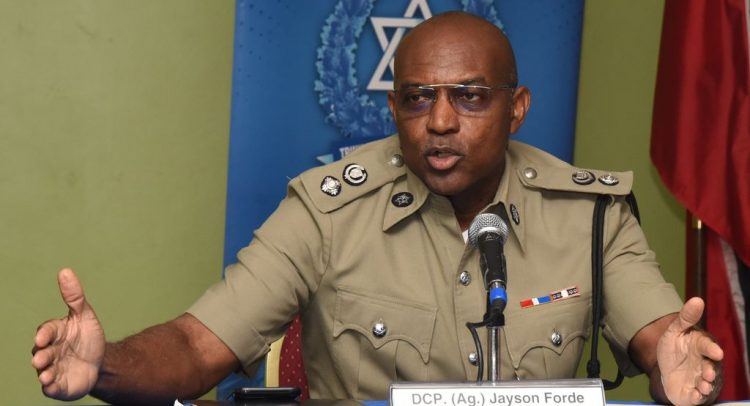 Griffith told the media yesterday that since 2014, some 171 officers have been arrested for being involved in criminal conduct. In a Whatsapp message, the commissioner also expanded saying there were currently 282 officers on suspension and 24 in prison.

Displaying three large binders of research at a press briefing yesterday, acting Deputy Commissioner of Police (DCP) Jayson Forde reiterated that their investigations did not uncover any criminal liabilities for Hackshaw.

Griffith also made clear that a police officer possessing large financial assets does not criminalise the officer. He explained that its the possession of such wealth without a valid reason that does.

“We only work on evidence. I find it very interesting when persons automatically label a police officer because that person may have two million dollars in their account,” Griffith said while explaining that it was possible for an officer to be wealthy such as through inheritance or selling of appreciating assets such as land.

However, Griffith explained that the can always be reopened once new information comes to light- as is done with other cases.

“If at anytime anyone has information to verify we can reopen this cases and that they feel there is something we can justify- we would do so,” he said.

The commissioner also went further to implore members of the public to come forward with any information on police officers who may be engaged in criminal activities.

“I ask any member of the public please come forward, bring to me or you can make it public that you know for a fact that any individual whether its this deputy commissioner or any police officer is involved in wrongdoing, criminal activity, you have information- bring it to us,” he said.

“The PCA considers this a very serious matter and is working assiduously to complete this investigation as it could potentially have serious implications for the senior officer involved,” the release said.

Hackshaw was allegedly flagged back in March by three financial institutions for close to $2 million in suspicious activity following deposits into over 15 personal accounts during the period 2014-2019.