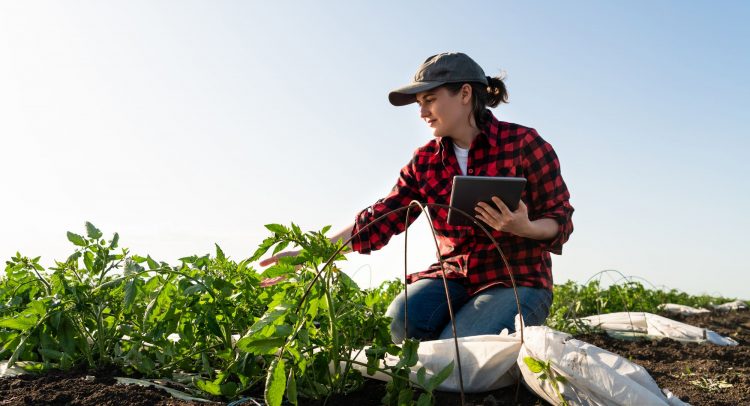 Approximately 550 million small farmers in Latin America and the Caribbean, Asia and Africa produce 80% of the food consumed in these regions.

By 2030, Bayer is aiming to reach 100 million of these farmers through associations that provide training services to foster sustainable, profitable and low-carbon production.

The Inter-American Institute for Cooperation on Agriculture (IICA) is one of Bayer’s partners that participated in a recent virtual roundtable discussion on the company’s Strategy for Rural Smallholder Farmers.

The Bayer initiative is extremely important, as it is based on the model of public-private partnerships with different actors to achieve various objectives”, said Jorge Werthein, Special Advisor to the IICA Director General, who represented the international organization at the event, at the invitation of Lino Dias, Vice-President Smallholder Farmers in the Crop Science Division of Bayer AG.

Among other objectives, this initiative aims to provide personalized technical support, crop protection and digital inclusion, with solutions that support the achievement of at least ten of the United Nations Sustainable Development Goals (SDGs).

Werthein linked Bayer’s push to assist rural small farmers to IICA’s partnership with PAD (Precision Agriculture for Development), an organization established by Michal Kremer, winner of the 2019 Nobel Prize in Economics. PAD will implement remote technical assistance in Latin America and the Caribbean, using mobile phones, based on methods that have already been proven in Asia and Africa, with excellent results.

Werthein remarked that, “The IICA-PAD agreement can complement the Bayer initiative in a most effective way, given that IICA is aiming to reach as many Latin American and Caribbean small farmers as possible”.

PAD is a non-profit start-up that utilizes technology, data sciences and behavioral economics to provide personalized technical support to small farmers, via mobile phone technology, and even SMS, for areas with 2G connectivity.

The PAD-IICA initiative is a joint venture with Brazil’s Ministry of Agriculture, Livestock and Food Supply (MAPA), which announced a pilot program to introduce the methodology to 100,000 small farmers in north-east Brazil.

Werthein explained that, “The initiative is being launched with 100,000 Brazilian farmers, but soon we be expanded to other countries in Latin America and the Caribbean”.

Lino Dias thanked IICA for participating, stating that the international organization is one of the multinational company’s preferred partners to implement its work.

The Bayer initiative seeks to reach small farmers with holdings of up to 10 hectares in low- and middle-income countries in three continents, in a bid to promote access to training, financing, equipment and markets.

According to Bayer data, there are approximately 550 million small farmers in these three regions, 350 million of whom are subsistence farmers, with only 10% managing to maximize their income.

The aim is to provide them with guidance to enable them to generate a stable and growing income, as well as to boost their food security – a principle that is line with IICA’s mission.