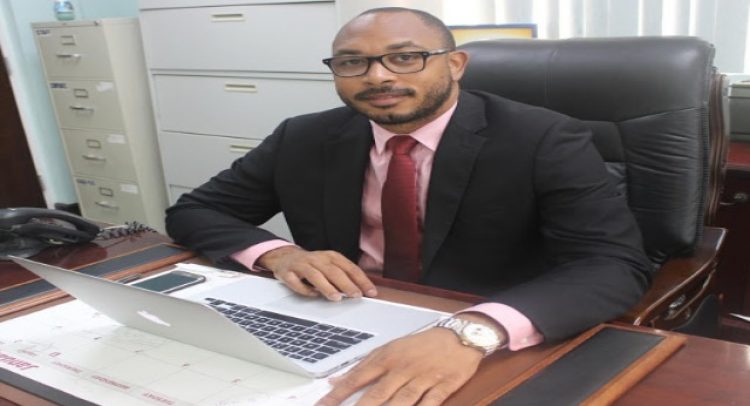 A big task ahead of me, including carnival

Basseterre, 16th June, 2020 (MyVue News.com)– The responsibilities associated with being a Minister of Government are awesome, and politicians can either be broken or excel in this new environment that demands that they strike a careful balance between serving their constituents and the the country, generally.

In the new mix of Cabinet appointees introduced to the people of St. Kitts and Nevis on Sunday, 14th June, 2020, there were four politicians who made their debut to the federal arm of government.

However, both Evelyn and Jeffers have had some apprenticeship, given that they already serve in the local island Cabinet for Nevis.

At the same time, Byron-Nisbett, has had a short stint, not in Cabinet, but in Parliament, as Deputy Speaker.

This leaves Powell, as the only one, who is truly a newcomer to both parliament and Cabinet experiences, though he previously held the post of Ambassador, assigned to the Ministries of Sport & Culture, under Deputy Prime Minister, Shawn Richards.

With Powell’s success at the polls two weeks ago, he now finds himself as a full minister, for Sport and Culture, but also Education and Youth.

The new MP was confident though, that his involvement as an ambassador helped to prepare him for the role he now assumes, at a higher calling.

The personal passion that he said he has for carnival and other cultural activities will also help to drive his actions to enhance the programs and events to deliver a better product.

“I don’t think anybody is surprised that I am the Minister of Culture now, and so, I know all the players, I know all the characters. I have passion, personal passion, not just in carnival but culture in general,” he remarked.

The Minister of culture gave the assurance that he will be putting 150% in ensuring that the St. Kitts National Carnival goes from jumps, leaps and bounds, to get to the top.

He admitted in a recent interview that he is still coming to terms with his new normal, which he describes as “surreal.”

He said he is not deterred by the appointment as Minister of Education but will enter it strategically and will lean on Deputy Prime Minister Richards to guide the way forward.

He explained that he has been meeting with officials in the ministry to be brought up to date with developments but is confident that there will be progress in this portfolio.

He assured that despite the challenges, “a new Basseterre High School will be built in this term”.

Speaking in an interview just after the swearing-in, with the government-owned ZIZ, Powell indicated that “Its a big task ahead of me but I am ready and waiting and excited to start.”

Among those huge tasks facing the new Minister, are the Basseterre High School and the construction of its new campus, the disrupted academic school year at all levels, due to COVID-19, and renovations to various school facilities around St. Kitts.

Even more daunting for the young politician, who during the campaign promised a new brand of progressive and positive politics, are the various capital projects for the people of Central Basseterre, whom he now represent in the National Assembly.