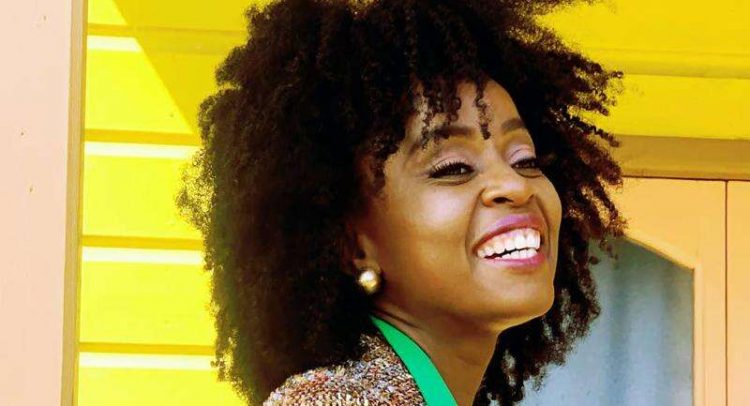 The Jamaica Observer’s Entertainment Desk continues with the 20th in its Child Month series highlighting some of Jamaica’s young performers who shot to stardom.

WHILE attending Wolmer’s High School for Girls, a career in movies was far from Cherine Anderson’s mind.

Anderson – who earned fame for her role as Tanya, the daughter of Audrey Reid’s character Marcia in the 1997 movie Dancehall Queen – is grateful for that opportunity.

“Truth is, I wasn’t looking for a career in theatre or acting. But I think God orchestrated that. Dancehall Queen introduced me to a much wider audience. Now it wasn’t just people who followed the musical theatre community, it was the wider Jamaica because the film broke records at the box office,” Anderson disclosed in an interview with the Jamaica Observer’s Splash.

She added that, “Through Dancehall Queen, I was introduced to directors Rick Elgood and Don Letts, who would work with me again on One Love. It was on set that Don and Rick discovered that I could also sing. I can remember to this day Don Letts told me not to choose between singing or acting. He told me to do both.”

Anderson likened herself to a sponge on the set of Dancehall Queen. From Rollington Town in east Kingston, rubbing shoulders with the experienced Reid and Paul Campbell was “quite surreal” for her.

“I remember at the premiere of the movie meeting the amazing Grace Jones, Chevelle Franklyn, and entertainers like Beenie Man. I was in such awe of these accomplished entertainers, I felt truly blessed,” said Anderson.

She credits a stable home and genuine friends at Wolmer’s for helping to keep her grounded.

“My family was there every step of the way but there are no celebrities in our house. I was still doing dishes, cleaning the house and for my parents they still expected good grades. I had to miss days to shoot the film, but it really taught me about balancing everything. School was always super-important; however, this new thing was also important to me, plus I was earning,” Anderson noted.

She was introduced to the performing arts while attending Excelsior Primary School. Anderson performed in the Jamaica Cultural Development Cultural speech and drama festival and later became a member of creative dance group ASHE.

It was during her time with ASHE that Joseph Robinson, one of its senior members, took her and friends to audition for the role of Tanya.

The success of Dancehall Queen, produced by Palm Pictures and Island Jamaica Films, thrust Anderson into the spotlight.

“After Dancehall Queen, my mother really wanted me to get a college education. Interestingly, my manager Patrick Lindsay had a record deal from a major North America label and my mom said, ‘That sounds great but what about school?’ And so, collectively we decided that I would focus on school. I was accepted into several North American Universities and attended Middlebury College in Vermont,” she said.

One Love, a film in which Anderson starred in with Ky-Mani Marley, was her next major assignment.

She addressed the challenges of being a child star.

“I don’t even know if I ever really considered myself a child star. But the biggest challenge may have been navigating new rules the school came up with. In many ways I felt like a target. It was as if I was doing something wrong for using the talents God gave me. However, I truly learnt how to balance home, school, and entertainment pretty quickly,” Anderson said.

She scored a number of hit songs including Good Love, Rebel (featuring Danielle D.I.), Come Over Tonight (with Chuck Fenda), and Kingston State of Mind. Anderson’s biggest musical success is the 2008 single, Say Hey, with American singer/songwriter Michael Franti and his group Spearhead.