The fact that they made it to the finals from a field of almost 500 (493) companies from all over the Caribbean, is an outstanding achievement, especially given their ages.

It has been a journey that presented many obstacles but the founders and managers of the new marketing company known as Saint Kitts Business Connections, (SKBC), have managed to overcome the many challenges that confronted them. Chief among them was the task of gaining the necessary funding for the trip that required them to be in Barbados, from Tuesday 23rd to Saturday 27th April. The competition itself will take place on Thursday 25th and Friday 26th.

However, thanks to the patriotic and dedicated support of so many Kittitians and Nevisians, who dug deep into their pockets, never mind the difficult economic times, the SKBC members were able to attract contributions from tens of citizens and companies of goodwill. With only 4 days remaining before they were required to depart, the team of young business men and women launched a hugely successful fundraising drive in the local media on Friday 19th April. As one member of the group pointed out, “We awoke Friday morning with only EC$1,200, and still needing over EC$23,000 to cover our expenses for airfare, hotel, meals (dinner), incidentals and ground transportation, (except for airport transfers which were covered by the organizers). The organizers are only covering hotel accommodation for 3 of the 4 nights, breakfast and lunch because the group travelled one day earlier, to avoid any possible airline setbacks.

He said the funds being raised were also needed to cover the costs for the set-up and operations of their exhibition booth, (which is a requirement for the competition). They also needed approximately EC$10,000 for the production of their fliers, banners, posters, brochures, team uniforms and other major expenses. Despite this mountain of financial obstacles facing them Friday morning, these 17 year olds remained steadfast that they would make it to Barbados.

The level of confidence was astonishingly high. Their leader, Chief Executive Officer, Kai’Jana Henry told them that they should keep the faith because no matter the problems being faced, he was confident they would raise the necessary funds. He was right. Well, almost. They are still in need of a few more thousands when they return to cover their line of credit. The group is still hopeful that some of the larger companies in St. Kitts and Nevis that denied their requests for support would somehow see the wisdom in altering their decision to the affirmative. 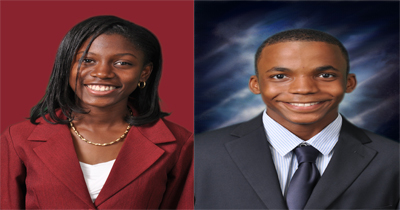 With the support of three media and communication companies, the Saint Business Connections mounted, what is perhaps the most powerful and successful media fundraiser, ever to have been held in St. Kitts and Nevis, with interviews on local radio stations WINN FM and Freedom FM, with the support of, and organizational efforts of VhCommunications & Marketing Agency and MiyVue.com.

The response from the public was remarkable. Children, as young as five and 11 years old broke their piggy banks and sent in their contributions; at least 15 people walked off the streets, travelled through downpours of rain and made their way to Freedom FM radio, to make their contributions.

One of these was a woman who said though her dad had just been hospitalized with a serious illness and the family is in need of money for an operation, she felt compelled to make a donation of EC$50.00. The Antioch Baptist Church dug into its collection box and donated EC$1,000, while a few private citizens, some of whom preferred to remain anonymous, also delivered on their promise of support. Then there were the folks who met the teenagers in the streets, reached into their pockets, and handed $10, $20 and sometimes $50.00.

The telephone lines were kept busy with the call-in program, and the story of the members of the Saint Kitts Business Connections reverberated throughout the airwaves with thousands who were listening overseas, such as North America, being moved to pledge their support. A web developer and technology solutions expert living in Canada, but originally from St. Kitts, called the program and pledged his services to develop their new website. Within 24 hours it was live.

An official from the group said that they are happy to have received thousands of dollars in contributions from private individuals, the Ministry of Youth Empowerment and companies like LIME, (which was the very first to confirm their support), TDC/Sagicor, KFC, Digicel, Freedom FM Radio, Karibhana Trading and a few others; but it is the small donations, such as those of EC$5.00 from ordinary citizens, including the 5 and 11 year children, who could hardly afford it; this is what truly moved them to tears of appreciation. 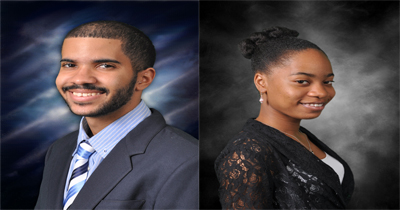 With all this behind them, they moved their attention to finalizing their preparations for their review and assessments with the judges and are now trying to settle down in Barbados, to focus on the next two days (Thursday and Friday), as they get ready to compete against teams from Antigua & Barbuda, Barbados, Haiti, Trinidad and Tobago, St. Vincent & the Grenadines, Jamaica, Belize, Bahamas and St. Lucia. From the 20 finalists, there are 4 each from Barbados and Trinidad, 2 each from Haiti and Jamaica and one each from St. Kitts and Nevis, Grenada, Bahamas, St. Lucia, Belize and Antigua & Barbuda.

Saint Kitts Business Connections is a marketing agency that specializes in social media management and promotions, public relations, advertising, and brand management. They establish Facebook and Twitter accounts for their clients and provide the management support for regular updates and other activities to generate sales leads and boost corporate awareness.

Since arriving in Barbados on Tuesday they have been kept busy with media interviews and preparations for the competition and exhibition. This has been a remarkable journey for these citizens of St. Kitts and Nevis. At the same time they are in the middle of serious school work, preparing their Internal Assessments (IAs) and other pre-exam term papers as Six Formers.

The entire nation of St. Kitts and Nevis is wishing them the very best and no matter the results, it is a nation that is already proud of its young sons and daughters.

The CIC is being jointly organized by UNDP Barbados, the OECS and the Young Americas Business Trust, (YABT) as part of the UNDP Project Youth Innovation (Youth-IN): a Caribbean Network for Youth Development. 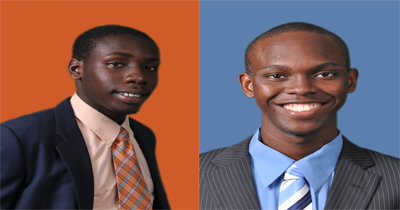 The team is due to return to St. Kitts on Saturday.