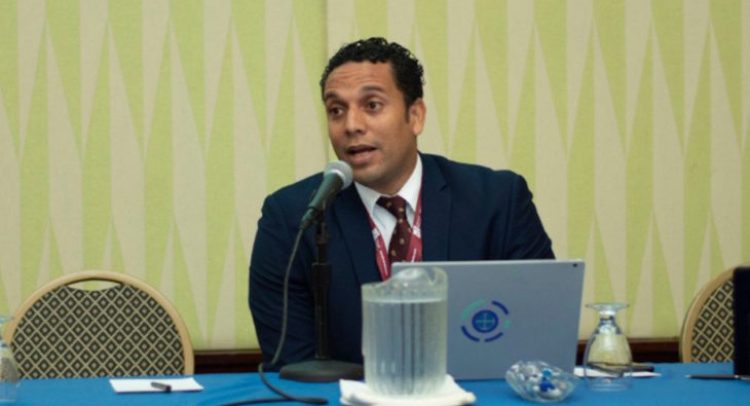 The flow of money into and out of the Caribbean has run into a snag. International financial transactions which are key to E-commerce are encountering more than a fair share of challenges, according to financial sources.

A group of banking and finance specialists, however, believe they have hit on a solution that is tied to an enhanced financial relationship with the United States and its banking system.

It would allow for Barbadian citizens and businesses to quickly and securely obtain access to US currency. The Open Payments Network (OPN) would utilise digital technology and Barbadian dollars to seamlessly buy goods or services.

“At the moment, we have been locked out of having e-Commerce business in Barbados because of an inability to accept online payments. It has been very difficult for people. You have had to set up some form of international account,” said Roland Haggins, the Executive in Residence at the Cave Hill School of Business.

“With this solution being proposed, one of the things it would do is allow you to accept payments into your local bank account because you would be connected to the international banking system,” he remarked.

The OPN’s Chief Executive Officer Bradley Wilkes, international banking consultant Dr Patrick Tannis, and George Thomas, a bank executive with global technology experience, were joined by moderator Haggins to discuss digital payments during a recent Webinar. The discussion was organised by the Cave Hill School of Business at the Cave Hill campus of the University of the West Indies (UWI).

The OPN would be linked to central banks and commercial banks and permit the digital payments to be made seamlessly with Barbados dollars or another currency.

Wilkes said compliance with anti-money laundering regulations, speed and security were among the features of the network.

“Payments to be improved would be faster, whether that’s an immediate or deferred or delayed settlement at a later date, and both of those initiatives are important,” said Wilkes.

“The primary thing is, along with either payment though, is to be able to do it safely and securely with a high degree of efficiency,” added the OPN founder.

Dr Tannis contended that Barbados was “joined at the hip with the United States” and this strong relationship would redound to the benefit of the island.

“At the click of a button, as a result of that friendship with the United States, you can have access to US dollars,” he said.

The Network, when implemented, would allow for US currency to be purchased with local dollars. Dr Tannis envisaged that commercial banks in the US would want to set up operations in Barbados.

The OPN and the strong ties between Bridgetown and Washington would result in billions of dollars of investment in the island at a time when it is attempting to recover from the COVID-19 pandemic crisis.

Thomas noted it was important to determine the needs of people.

“In the Caribbean, the advantage we have is, yes, we can say we are behind the curve, in terms of the use of digital technologies, but the reality is we have had a panoramic view of what has been playing out on the world stage,” he said.

“We are at a place where it is no longer an option whether we digitise. We have to because of the new normal during the pandemic and even post pandemic,” Thomas remarked.

Getting ready for swearing-in of new Cabinet