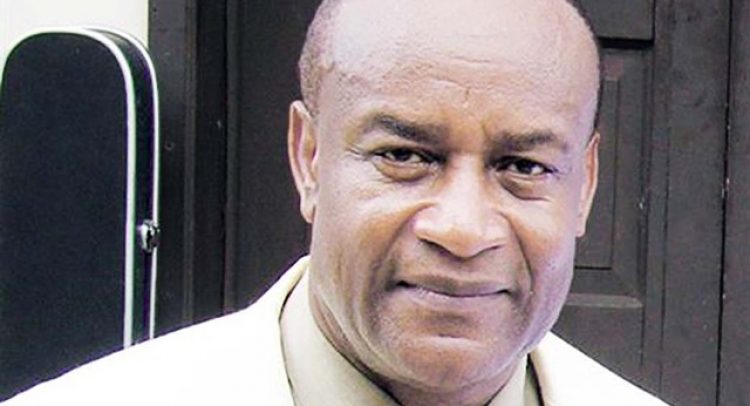 A fall from grace-Former Chief Minister of Montserrat

Basseterre, Monday,19th July, 2021 (MyVue News.com)-He once occupied the highest elected office in Montserrat, but now David Brandt will have to occupy a small jail cell for a series of crimes that the judge said were so aggravated that leniency was not an option.

David Samuel Brandt, who served Montserrat as Chief Minister, from 22nd August,1997, to 5th April, 2001, was sentenced by His Lordship Stanley John, to 15 years, for charges of sexual exploitation and perverting the course of justice.

Brandt, who is now about 78 years old, was accused of sexually exploiting young girls, who at the time of the incidents, were between the ages, 13-15.

Some of these matters date as far back as 2010, but he was only arrested five years after, in 2015 for unlawful sexual intercourse with a minor. Also in 2015, he came up against another charge, this time, conspiracy to have sex with a minor.

In 2018, he was again taken into custody on two counts of child sexual exploitation and another for perverting the course of justice.

Most of the girls are now adults with children but the judge concluded that he had to factor in the psychological toll that they must have experienced.

The former Chief Minister, who represented himself in the case, had also built a strong reputation as a leading and wealthy lawyer on the island.

It was this illustrious background that was used to groom the girls, with gifts of thousands of dollars-overtime and phone credits.

It was also claimed that he used one of the girls, a 15-year-old, to recruit other girls, including those who were convinced to send indecent images of themselves.

Though some of Montserrat’s prominent citizens spoke on his behalf, as said to be included in a social report that was ordered by the court before sentencing, the judge determined that the aggravating circumstances far outweighed the mitigating circumstances of Brandt’s current state of poor health, immobility, (he uses a walker), and his age.

Some, including his wife and children, who are overseas, asked for some leniency and forgiveness. Brandt himself is said to have shown remorse and agreed to a course of therapy and asked for forgiveness. But in an interview with Winston “Kafu” Cabey of Radio Montserrat, before being taken away, his words of defiance were not consistent with a man who was remorseful.

Brandt made it clear that he will be appealing both the verdict and the sentence and stated that when that time comes, he is confident of a reversal of the verdict and sentence.

He told the reporter that he is not broken. He also maintained that he had no physical contact with the girls and that he has grounds for appeal.

Some may, however, argue that the former Chief Minister got off easily because the judge decided to allow the sentences to run concurrently. Had that not been the case, he would have been facing the full weight of the guilty verdict.

In the full verdict, Brandt was sentenced to:

This would have amounted to fifty (50) years. The jury failed to arrive at a unanimous verdict on the first count, thus a majority verdict of 7-2 was arrived at.

In addition, the former Chief Minister received 15 years for the count of perverting justice. However, though all these would have ordinarily amounted to 65 years, he will only spend 15, because all of the sentences will run concurrently (served at the same time).

It was also explained that the judge added 18 months to the sentences for sexual exploitation.

The actual case got started on 25th May, 2021, and after the social report was received on Friday, 16th July, the sentencing was scheduled for Monday, 19th July.

If Brandt serves the full jail term, he would be released when he is about 93 years old.

The judge said that the sentence should be a message to other would-be perpetrators who may want to engage in similar acts.

Capitol rioter who breached Senate gets 8 months for felony