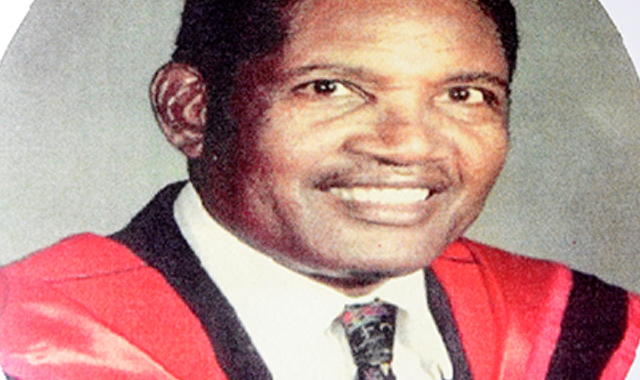 A ‘great citizen’ is laid to rest

Basseterre, St. Kitts, 29th March, 2018 (MyVueNews.com) – The late Dr. Joseph Halliday, OBE, was one of our great citizens who accepted the call to put country above self, said Prime Minister Dr. Timothy Harris at the funeral service for the former chief education officer.

The 28th March service was held at the Olivet Gospel Hall on Malone Avenue, Basseterre, where many persons paid their last respects to a man who spent much of his career in the field of education.

As Prime Minister Harris extended condolences to the family, he said, “Dr. Joseph Halliday was one of our great citizens who accepted the call to put country above self, and he will forever be admired for his loyal stewardship and service to the Federation of St. Kitts and Nevis.”

Harris continued, “His was an expansive contribution to our country in the fields of education, training, social capital formation, in security, public service and service to humanity which for him was about service to God.”

Along his career path, Dr. Halliday was a headmaster at the Sandy Point High School (now the Charles E. Mills Secondary School), and was later the chief education officer. He was also the first Force Personnel Officer of the Royal St. Christopher and Nevis Police Force and the Fire and Rescue Services. He also chaired Clarence Fitzroy Bryant College (CFBC) Transition Management Team, as well as the Public Service Commission. 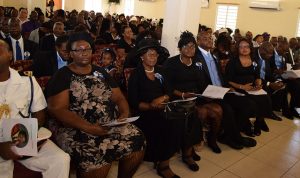 Among those attending the service were Governor General, His Excellency Sir S. W. Tapley Seaton; Prime Minister Dr. the Honourable Timothy Harris; Deputy Prime Minister and Minister of Education, the Honourable Shawn Richards, members of the High Command of the Royal St. Christopher and Nevis Police Force, officers of the St. Kitts and Nevis Fire and Rescue Services, the Coast Guard Unit, members of the medical fraternity, employees of the St. Kitts-Nevis-Anguilla National Bank, family, friends and other well-wishers.

Heart disease risk may show in your earlobes, eyes, fingers