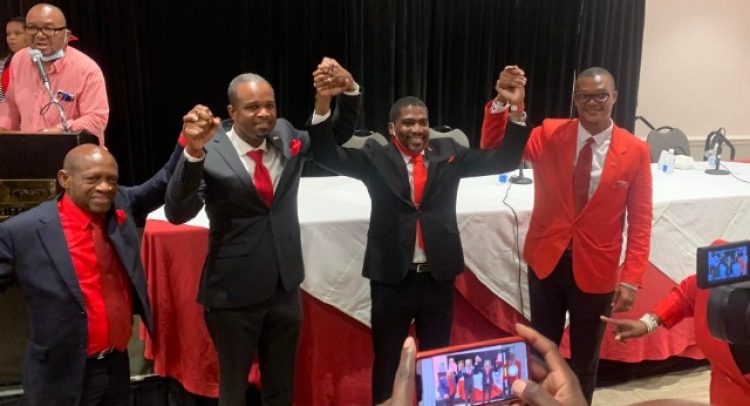 A new chapter for Labour

Basseterre, Monday, 29th November 2021, (MyVue News.com)-The election of Dr. Terrence Drew on Sunday, 28th November, 2021, as the new National Political Leader of the St. Kitts & Nevis Labour Party, has opened a new chapter in the history of that organization.

But, it is a chapter that begins with the need to unite a fractious party that showed signs of division, in the months leading up to the conference. Though it is not an insurmountable task, the process would be best helped by quick and decisive action by the new executive to bridge the gaps that were widening.

Most of the fallout stemmed from the internal rivalry between the supporters of the three candidates who were vying to succeed Dr. Denzil Douglas, who had been at the helm since 1989, and who, up to a few weeks ago, appeared to be willing to continue as the National Political Leader.

A leaked tape with Douglas also added fuel to the rancour.

In that recording, Douglas expressed disappointment and was clearly angry with Drew and others…claiming that Drew was disrespectful. He said he would not run if others, including Drew, were vying against him.

What added fire to an already bad situation, was the suggestion to members that Konris Maynard be nominated to contest against Drew and Dr. Geoffrey Hanley, who were seeking the top job.

Many saw the suggestion of Maynard as an endorsement by Douglas and a rejection for Drew.

However, days before the internal elections and on the day of the conference itself, Douglas appealed for unity, and in a more conciliatory tone, pledged his support for whomsoever would emerge as the winner of the leadership contest.

Douglas said he saw the election of the new leader as an opportunity to embrace, protect and strengthen the party. He also said it was an ideal time for members to rally around the winner.

A warm embrace between Drew and Douglas after the announcement of the results hinted that perhaps healing is possible. Douglas said he is committed to working with the new leader and wants to ensure that he benefits from the longstanding political relationships that have been established with organizations across the Caribbean and the world, generally.

There was jubilation for many in the room when Drew was announced as the winner. He won the support of 184 delegates to become his party’s fifth leader in modern times, following in the footsteps of Robert Bradshaw, Paul Southwell, Lee L Moore and Dr. Denzil Douglas.

He defeated Konris Maynard by 31 votes, (Maynard received 153), and Dr. Geoffrey Hanley, by 114 votes, with Hanley only managing to garner 70 votes from the delegates, in attendance at the special electoral conference, held at the St. Kitts Marriott.

Assistant Secretary is Nadine Natta. The General Secretary and Treasurer and a few other positions on the administrative arm of the party will be appointed by the Executive.