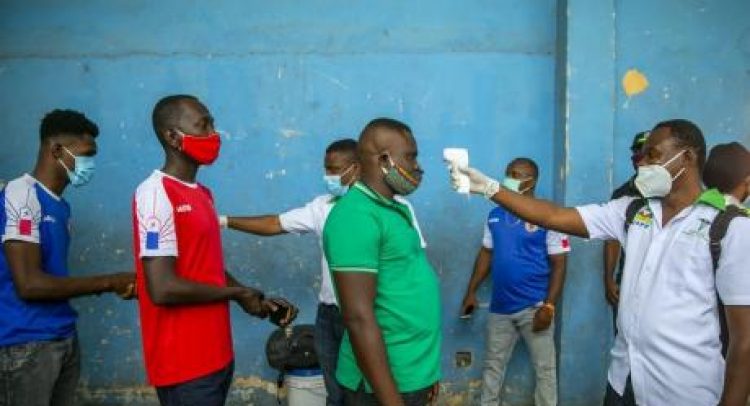 A year after pandemic hit, Haiti awaits vaccines amid apathy

PORT-AU-PRINCE, Haiti (AP) — Haiti does not have a single vaccine to offer its more than 11 million people over a year after the pandemic began, raising concerns among health experts that the well-being of Haitians is being pushed aside as violence and political instability across the country deepen.

So far, Haiti is slated to receive only 756,000 doses of the AstraZeneca vaccine through a World Health Organization programme aimed at ensuring the neediest countries get COVID-19 shots.

The free doses were scheduled to arrive in May at the latest, but delays are expected because Haiti missed a deadline and the key Indian manufacturer is now prioritising an increase in domestic demand.

“Haiti has only recently completed some of the essential documentation that are prerequisites for processing of a shipping order,” said Gavi, the Vaccine Alliance, a Geneva-based public-private partnership that is co-managing the WHO-backed COVAX effort.

The country also didn’t apply for a pilot programme in which it would have received some of its allotted doses early, according to the Pan American Health Organization.

However, a spokeswoman commended its other pandemic efforts, including reinforcing hospital preparedness.

Lauré Adrien, general director of Haiti’s Health Ministry, blamed the vaccine delay on scrutiny of the AstraZeneca shots and concerns that the country lacks the necessary infrastructure to ensure proper vaccine storage, adding that his agency prefers a single-dose vaccine.

“It’s no secret that we don’t have excellent conservation facilities,” he said.

“We wanted to be sure that we had all the parameters under control before we received vaccine stocks.”

Adrien also noted all the money his agency received has been properly spent but said he could not speak for other agencies. A presidential spokesman did not return calls for comment.

Many poorer countries have experienced long waits in getting COVAX vaccines as richer countries snapped up supplies, though most have received at least an initial shipment.

Some took matters into their own hands, securing shots through donations and private deals.

Health ministry workers check the temperature of mask-wearing fans as a precaution against the spread of the new coronavirus, before entering the stadium prior to the start of the CONCACAF World Cup qualifying soccer match between Haiti and Belize in Port-au-prince, Haiti, Thursday, March 25, 2021. ( AP Photo/Dieu Nalio Chery)

All the 'Better' for Aidonia