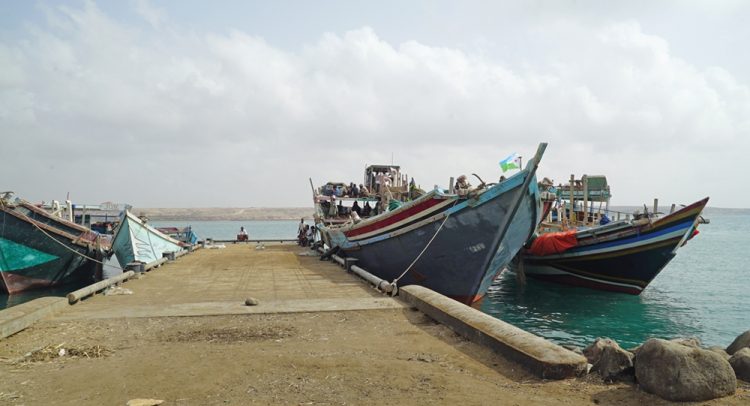 A Yemeni’s harrowing journey through the ‘Gate of Tears’ 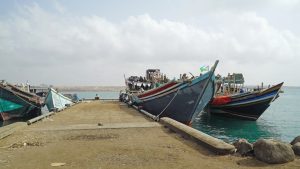 With just the clothes on his back and $7 to his name, Abdullah Muhammad says it’s a “miracle” he managed to make it out of Yemen alive.

Standing in the blistering heat of a parched, dusty road in Obock, the holes in his jeans and sweat dripping from his worn-out shirt are the only visible signs of the gruelling seven-day journey he made to reach safety.

The ferocious sandstorms that routinely ravage the small port town are a welcome change from the gunfire and air strikes that decimated his hometown, he says. But with his mind still preoccupied with the safety of the family and friends he left behind, he’s unsure of what to do next.

When Yemeni ground forces backed by Saudi Arabia encircled his village of Masraba in Taiz province, Muhammad’s family saw Djibouti – an impoverished country that sits 100 kilometres west of Taiz – as the only hope of saving their son from the clutches of the advancing troops.

“Someone began spreading false information that I was a Houthi sympathiser, despite my well-known secular views,” Muhammad told Al Jazeera.

“When I made a few posts on Facebook criticising exiled President Abd-Rabbu Mansour Hadi they were mistaken for Houthi propaganda. Within a few days, I received four death threats from pro-government trolls.

“My parents, fearing I could be kidnapped or assassinated, told me to run – the only safe place for me was abroad.”

With his parents fearing the worst, Muhammad’s mother sold all the gold and jewellery she possessedto pay for her son’s journey westward.

Carrying just a bottle of water, the $210 his mother gave him, and a rucksack full of his prized possessions, the 28-year-old spent the next six days walking back and forth across southern Yemen, trekking through barren wastelands and deserts – cowering to the ground each time a Saudi F-15 fighter jet roared overhead.

“I went from Masraba to Aden but was turned back by pro-government forces,” he said.

“The situation was repeated in Mokha and Mandeb before I finally reached a fishing port at Ras al-‘Ara. I must have walked 300km in total; it was exhausting.

“I think I was suffering from heat stroke, but what would await me was far worse.”

Crossing the Gate of Tears

Once at Ras al-Ara, Muhammad was introduced to a fisherman ferrying a family of desperate Yemenis to Obock in northern Djibouti.

A tiny nation of over 800,000 people, Djibouti has become a haven for Yemeni refugees fleeing Saudi-led air strikes that have gripped the country since March 2015.

Paying the trafficker $200 to guarantee him safe passage, he says seven people were loaded onto the overcrowded wooden boat.

Forced to toss away his bag as it occupied too much space, Muhammad says he curled himself into a small ball, with barely enough room on the 4.3-metre vessel to stretch out his legs.

“In total, there were nine of us on board – two men, five women, myself and the captain. All of us except the captain began to recite passages from the Quran once we hit rough seas.”

The captain gave Muhammad qat (a mild narcotic) to chew, saying it would make the long journey bearable. But strong winds and waves lashed the boat around, less than 10 minutes after it set sail.

“The journey should have taken a few hours, but because the captain feared being attacked by the Saudi coalition we took a longer route in. We were at sea for more than a day. It was a frightening ordeal.”

Tens of thousands of Yemenis have fled on small rickety boats across the Bab al-Mandeb Strait, known as the Gate of Tears – a name derived from the long history of people perishing when trying to cross it – with at least 37,248 arriving in Djibouti.

The journey is not without risk, said Vanessa Panaligan, the  UN’smedia relations officer in Djibouti, with at least 500 deaths reported between the start of the war and February 2018.

“There were at least 160 arrivals in December and another 70 in January,” she told Al Jazeera.

“Prior to that, we were accustomed to seeing only a few new families coming in every month, but now we’re seeing large numbers arriving, sadly a lot of them are single mothers.”

The risk of coming under coalition fire has also increased, highlighted by an attack on a boat carrying more than 150 people, including children, last March.

At least 42 people were killed when a US-built Apache helicopter opened fire on a boat departing from Yemen’s western city of Hodeidah.

Saudi Arabia refused to cooperate with the UN in an investigation into the attack.

Australia on Rabada: 'His arm speed is quite amazing'