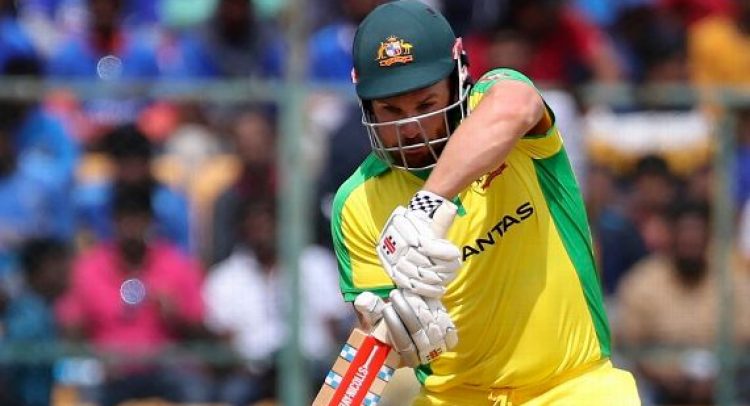 Despite the sport largely being shutdown since March, cricket has not been far from the mind of Australia’s limited-overs captain Aaron Finch as he thinks ahead to the 2023 one-day World Cup campaign in India as well as the two T20 World Cups that are scheduled to be played before then.

It appears highly unlikely that the T20 World Cup set for this October and November in Australia will take place due to the Covid-19 pandemic with a range of options on the table as to when it could be moved to, from early next year to a 12-month delay to pushing it as far as 2022. Under the current schedule, India are due to host the 2021 T20 World Cup in the October-November of that year.

As things stand the next 50-over men’s World Cup will take place in February and March of 2023 in India. Following Australia’s semi-final exit in last year’s tournament, when they turned their one-day form around significantly leading into the competition, there is already considerable thought going into how to prepare.

“I’m a cricket nuffy so you are always thinking about it, especially being captain and with what’s coming up with the T20 World Cup, whenever that might be, and there’s a couple of them and looking forward to the 2023 50-over World Cup in India,” Finch told SEN Radio. “We are just in the processing of nutting out how we go about winning that, what we’ll need to do down the track to be successful in those three tournaments.

“In the 50-over space it’s about working back from that 2023 World Cup and really getting a detailed plan of how we think we’ll have to win it, what’s the structure of the side we’ll need in India. Is it going to be two spinners, is it going to be an extra allrounder, and kind of work back from there.”

Finch, who has made clear his ambitions of still being part of Australia’s one-day squad for the next one-day World Cup, said it was important to start identifying new players who could be part of the side now so that they can be given enough game time ahead of the tournament. He suggested the selectors will be looking at around 25 names over the next couple of years being whittling it down to the final squad as the tournament approaches.

“[We need to] nut out what resources we’ll need in terms of players. If there’s someone new we identify who could perhaps have a big impact, how many games can we get into them over the next two and a half years to make sure they have enough experience so in a high-pressure semi-final you aren’t going in hoping they’ll do well, you know they have the form and enough experience behind them to make sure they are comfortable with international level.

“It’s either working out what the 15, or say 25 players now, what that looks like, does it match our game plan going forward, or do we pick the side the other way round with a game plan in mind and adapt it that way. It’s not rocket science, it’s going through data, a bit of gut instinct of what you feel will be the trends of one-day cricket. Will it be 400, or will it be that 320-mark with some wearing pitches in India and a couple of spinners in your side?”

Since their World Cup exit against England, Australia have played seven ODIs with six of those away from home which included being beaten 3-0 in South Africa. They beat New Zealand behind closed doors at the SCG in mid-March before Covid-19 brought sport to a sudden halt.

They could return to limited-overs action in September with talks continuing about heading to England for the ODI and T20I matches that were originally scheduled for July. In the 2020-21 home season they are currently scheduled to play two three-match ODI series against India and New Zealand in January.