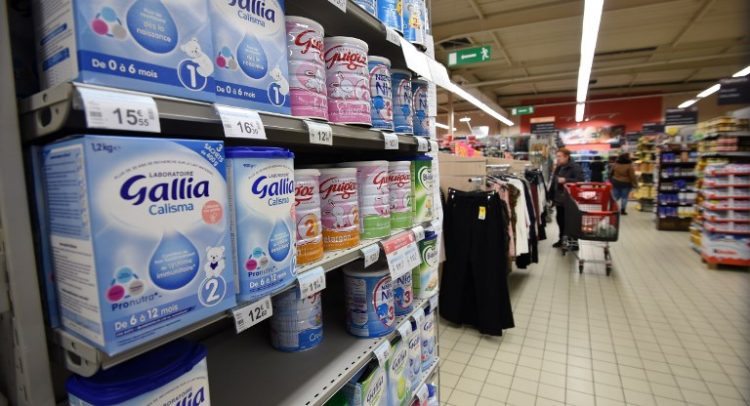 The head of the French company at the centre of an international baby milk scandal denied Friday that it was responsible for the contamination that triggered a recall of formula in over 80 countries, calling it “an accident”.

Lactalis, one of the world’s biggest dairy groups, was forced to recall 12 million packages of powdered baby milk in 83 countries in December and January after being linked to an outbreak of salmonella poisoning in children.

French officials began investigating the company after at least 36 infants fell sick from drinking milk sold under the Picot or Milumel brands. Cases of suspected contamination were also reported among children in Spain and Greece.

The outbreak was traced to a Lactalis factory in Craon, western France.

CEO Emmanuel Besnier told a French parliamentary inquiry that a renovation of the plant in early 2017 “released salmonella which was inside the buildings”.

“It was an accident. Nobody inside the factory was responsible,” he told lawmakers.

Lactalis has come in for heavy criticism after it emerged that the company’s own tests found salmonella on a production line but that it did not report the finding because the bacteria was not found in the milk itself.

The company is facing several lawsuits over the outbreak.

Salmonella causes fever and diarrhoea in infants, along with vomiting in some cases, which can lead to babies being hospitalised for dehydration.

According to French health authorities, all of the babies sickened by the Lactalis milk made a good recovery.

Production at the Lactalis plant has been suspended over the scare.

Researchers from the Pasteur Institute in Paris have since said they suspect the factory of being behind at least 25 other cases of salmonella poisoning between 2006 and 2016.

Lactalis has shut down the milk evaporation tower to which the 2017 outbreak was traced but is hoping to reopen the rest of the plant in the coming weeks.

Besnier said the company had reviewed its “entire sanitary inspection process” across all its sites.

Putin says Russia not yet planning to withdraw from Syria