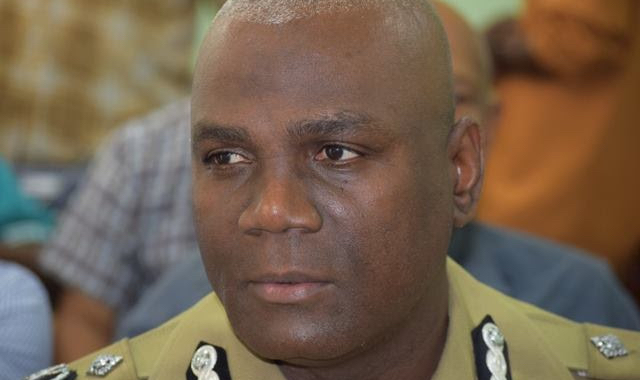 Basseterre, St. Kitts, 17th January, 2019 (MyVueNews.com) – Assistant Commissioner of Police Terrance James is being promoted to a new position, that of Commissioner of Corrections.

Prime Minister Dr. Timothy Harris confirmed the circulating rumour, since last year, that ACP James was to be transferred to the prisons system.

Speaking at his monthly Press Conference on 16th January, at Government Headquarters, Prime Minister Harris said, “Mr. James will be elevated in the security system as the new management structure contemplates a Commissioner of Corrections with salary and perquisites befitting the post.”

The Prime Minister disclosed that the Prison system is being “restructured”, indicating that a modern correctional facility will be built according to international standards.

The new facility will accommodate juveniles and persons on remand, include a halfway house, as well as specific facilities for rehabilitation, and programmes for reintegration into society. Health and Social Services will also be part of new services provided to inmates.

Meanwhile, in the fight against Crime and violence, Prime Minister Harris also revealed that the Air and Sea Ports Authority will be highly active in searches for illegal guns and ammunition and other contraband.

Harris said, “We invite assistance from citizens and residents in our communities to work closely with the Police.  We will deploy more security support at our schools and Police Resource Officers will be assigned to our primary schools.  Parents are encouraged to play their part and to protect our children from drugs, gangs and violence.”

Specific to the country’s primary economy activity, tourism, the Prime Minister Harris outlined enhanced operations to protect the industry for both residents and visitors alike.

Harris stated, “We have identified certain critically important areas of interest to tourists and residents.  We intend to enhance security in these areas with both static posts and mobile patrols.”

The Prime Minister continued, “Starting January 21, 2019, a number of persons will be trained in the skills of patrolling and providing security in tourism areas such as Port Zante, Independence Square, etc.  These persons will be sworn in as Island Constables at the completion of their training.”