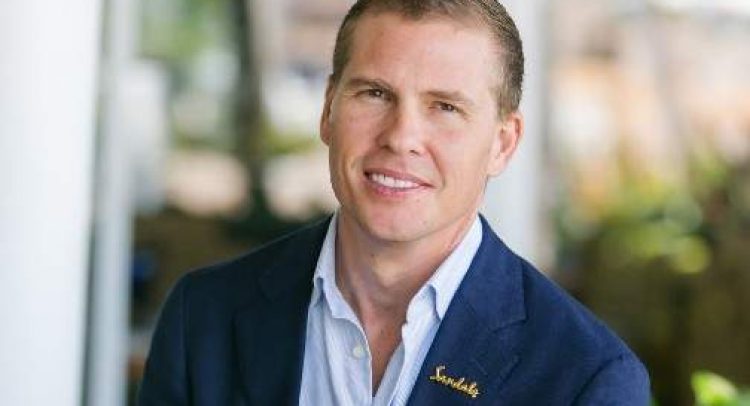 The younger Stewart is now the second chairman in the company’s 40-year history and takes up the position after working alongside his father for more than two decades, serving as chief executive officer and most recently deputy chairman.

“Some people are dreamers, and some are doers; my dad was the magical combination of both. He was fiercely passionate about offering a product that would exceed expectations, and we are incredibly honoured to continue his pursuit of innovation, raising the bar, and creating landmark moments for our valued guests,” a company release quotes Stewart.

The company noted that the executive chairman has helped oversee the continued rapid expansion of SRI throughout the Caribbean, including the recent announcement of two new resorts — the future Sandals Curacao, and Beaches Resort in St Vincent and the Grenadines.

Both resorts will bring to 20 the combined number of properties run by the luxury-included chain across nine Caribbean territories.

Sandals Resorts International is the parent company of Sandals Resorts, Beaches Resorts and Grand Pineapple Beach Resorts. Founded by Butch Stewart in 1981, SRI is based in Montego Bay, Jamaica, and is responsible for resort development, service standards, training and day-to-day operations.

In its release yesterday, SRI noted that countless organisations have recognised Adam Stewart for his leadership in the travel industry and his substantial contributions to the destinations where Sandals Resorts operates.

As part of this commitment, in 2009 he launched Sandals Foundation with a mission to lift communities through education, health care, and environmental protection.

The foundation, which he will continue to serve as president, and its activities have helped millions across the region through various impact-focused programmes.

“Stewart is also a strong proponent of the direct investment and development of team members. His work through the Sandals Corporate University brings continued learning, mentorship and invaluable skills training to thousands of employees throughout the Caribbean,” the company noted.

In 2016, he was invested with the national honour, the Order of Distinction, Commander Class by the Government of Jamaica for outstanding contribution to tourism.

“We could never have imagined the monumental impact that our resorts have had around the world. It has been a remarkable journey to have built brands that play a part in so many of our customers’ happiest moments. Our team is the best in the world, and I am incredibly proud of the work they do every day of life to put our customers first as we carry forward,” the release quotes Stewart.

He has also played an integral role in managing the company’s response to the novel coronavirus pandemic, including launching its Sandals Platinum Protocols of Cleanliness to ensure guests’ and team members’ safety, and consulting with industry groups, government entities, health organisations and international associations alike.

The protocols have won kudos from the travel trade and health authorities across the region.

“His work guaranteed Sandals Resorts and Beaches Resorts are at the forefront of providing a safe and enjoyable destination for international travellers during this time and keeping thousands of team members across all its Caribbean destinations employed,” the release stated.

Reflecting on the outpouring of support from Sandals team members, guests and industry partners around the world after the passing of Butch Stewart, Adam Stewart said his father’s shoes are impossible to fill. “But we will follow in his groundbreaking footsteps to continue the important work we all set out to do together. As a company and as a team, we are poised for the future. We are already leading the industry in recovering from the greatest setback in the history of travel. We will continue to lead not just by saying, but by doing. And at the heart of it all, we are solely focused on what we do best: delighting our guests,” Stewart said.

Main Photo: STEWART… our team is the best in the world, and I am incredibly proud of the work they do every day (Photo: Catherine Morris)