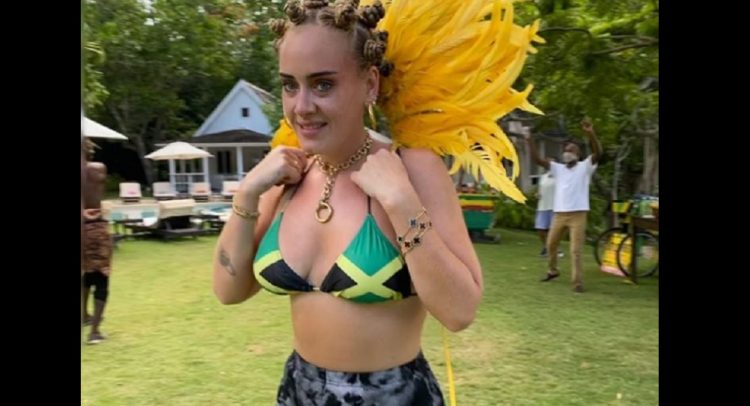 In August, British singer Adele received backlash when she posted a picture on Instagram dressed in a Jamaican flag bikini top and with her hair in Bantu knots, or ‘Chiney bumps’ as they are called in Jamaica. She was celebrating the Notting Hill Carnival, the world’s second-largest carnival, which takes over the streets of west London every summer, but was cancelled this year due to the coronavirus pandemic.

Adele is again facing controversy following a recent skit on the iconic American comedy show Saturday Night Live, intending to mock sex tourism in Africa. She was one of three participants playing the roles of wealthy, white, middle-age divorcees lusting over African men and travelling to the continent for no-frills sex. Her co-stars were Kate McKinnon and Heidi Gardner. Adele was hosting the fourth episode of the show’s current season on Saturday.

And while some found it amusing, others failed to see the humour and called out the skit for being “inappropriate, tone-deaf and in bad taste”. One commentator wrote, “Did I really just see a sketch about white women using Africa as their buffet for oversexed and overly endowed African “tribesmen” who carry them around on their shoulders, starring Adele, fresh off a Bantu knot minstrel show outrage? Truly unbelievable.”

Another wrote: “I was actually enjoying it until the comments and the black men carrying white women around. Actually felt a bit sick and couldn‘t enjoy the rest, and I adore Adele, but I wish she hadn’t taken part in this skit.”

Others accused the skit of “using black men as sex toys” and called it ”highly offensive”.

The three-minute ‘African Tourist Board’ skit sees Adele and friends making their ‘come to Africa’ pitch, loaded with innuendos, as they highlight the virtues of the “tribesmen” and “massive bamboos”. In the background, black male extras carry women across a beach.

According to a CNN report, commentators on social media accused the sketch of propagating stereotypes about the fetishisation of black men, and some said it was ill-timed, given its airing during the EndSARS protests taking place in Nigeria.

“That Africa skit was tone-deaf, insensitive and inappropriate,” Shenequa Golding, a journalist at R&B news website Vibe, wrote on Twitter. “Men and women in Nigeria, Namibia, South Africa and The Democratic Republic of the Congo are fighting for their lives, and to reduce the continent as sexual destination for white women is shameful.”

Some of Adele’s fans voiced the opinion that persons were overreacting.

“Hilarious!! And people, give it a rest and stop micro-criticising everything! Humour is the only thing that can help this world right now,” one fan posted on Adele’s Instagram page.

The British singer, who is working on her latest album, had told her social media followers that she was excited about the performance. “I’m so excited about this! It’ll be almost 12 years to the day that I first appeared on the show, during an election … which went on to break my career in America, so it feels full circle and I just couldn’t possibly say no! I am besides myself that H.E.R will be the musical guest!! I love her so much,” she posted.

During her musical performance, H.E.R.’s band were dressed in T-shirts which said, ‘#ENDSARS’, in reference to demonstrations in Nigeria against police brutality and the country’s infamous Special Anti-Robbery Squad (SARS) police unit.

2nd study testing a COVID-19 antibody drug has a setback