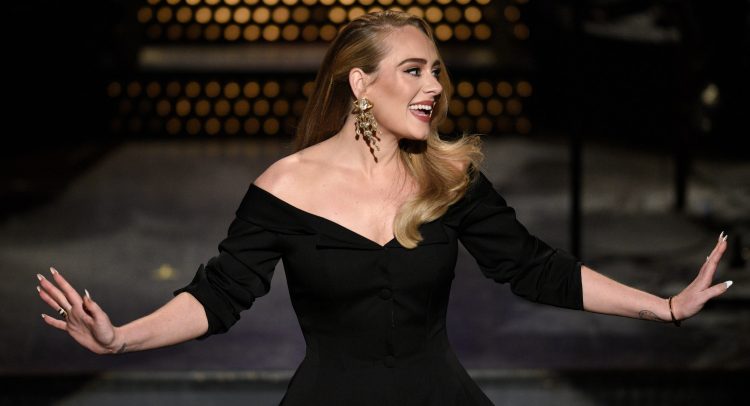 It’s frustrating when a celebrity’s size draws as much attention as their work and their talent, but Adele knows people have been talking about her recent weight loss. So, rather than ignore it during her opening monologue on Saturday Night Live, the Grammy Award-winner made a joke.

“I know I look really really different since you last saw me,” she said in the middle of her opener on October 24. “But actually, because of all the COVID restrictions, and the travel bans, I had to travel light and only bring half of me, and this is the half that I chose.”

The joke—unlike her hilarious Bachelor spoof—did not go over well with everyone. Many fans were disappointed that Adele would sign off on using a fat joke in her monologue. “Adele you should know fat jokes aren’t it,” one user wrote, while another added, “hard no at Adele making fat jokes ew.”

While some fans came to the singer’s defense by pointing out that Adele was speaking about her own body, another Twitter user pointed to a larger problem. “We can all do what we want with our bodies and talk about our own experiences,” @FatFabFeminist wrote in a thread. The issue, they suggest, is that “when she made this joke, everyone else thought they could too.”

Of course, she didn’t have to address her weight loss at all, but the monologue touched on a lot of things fans have been saying about Adele this Summer. Though she didn’t address another recent controversy, she did reveal her latest devastating update on her new album.

“I know there’s been a lot of chatter about me just being the host. Like, ‘Why isn’t she the musical guest?’ There’s a couple of reasons,” Adele explained at the top of her opener. “My album’s not finished. And I’m also too scared to do both. I’d rather just put on some wigs—this is all mine by the way—have a glass of wine or six and see what happens.”