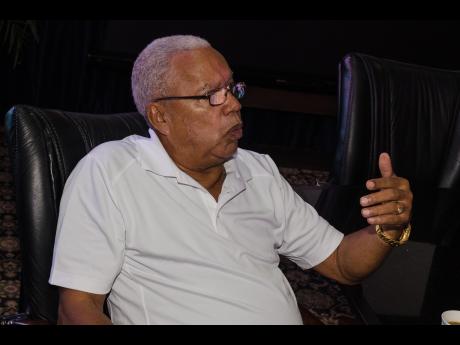 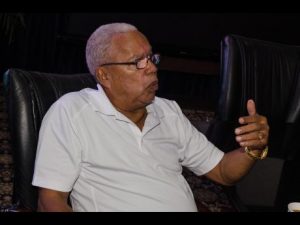 CEO and company founder Douglas Halsall is indicating that it will be another three years before Advanced Integrated Systems Limited, AIS, proceeds with plans to list on the Jamaica Stock Exchange, but is laying the groundwork for the expansion of the company in the interim.

This year, the technology provider will be announcing two partnerships with regional interests, rolling out its e-commerce platform called QMall, and working with local company Get There Jamaica Limited – operator of an app-based taxi service – to advance its ride-sharing service that was launched in early 2017, the CEO said.

QMall will allow credit card users and Quisk subscribers to shop online, but Halsall is also positioning it as a channel for small and medium businesses across the Caribbean to increase their market reach and access.

AIS is primarily a transaction- processing service provider in the health insurance and financial services industries. Regionally, the company claims market leadership as the largest processor of online, real-time, and paperless health claims in the region. Its boast includes a total lock on the Jamaican health market.

One of its ongoing projects in Jamaica is the digitisation of the University Hospital of the West Indies records, which Halsall says is near completion.

“Already, many of their business processes have seen marked improvement. We hope that it will serve as a best practice for similar institutions in the Caribbean,” said the tech provider.

“Our PIMS [Pharmacy Information Management System] is now being used by a large pharmacy chain and we have plans to install (this) in several others,” he added.

As for the two regional initiatives to be announced, Halsall said AIS’ current international partnerships positioned AIS to secure the deals.

“Our partner in India, Suvarna, has close to 200 developers, from which we draw on a needs basis; and Quisk, in Silicon Valley, has access to close to 100 developers,” he said. Quisk is a mobile money technology provider.

AIS’ switch partner, Thought Focus, also has close to 400 developers. “So we are very comfortable that we have the best of both worlds with huge resources as needed,” he added.

As a private company founded 30 years ago, AIS’s earnings are unknown, but Halsall says the company invests one-fifth of annual profit into research and development – a sum which he says amounts to millions.

“AIS is a privately owned company working towards an IPO in the next 36 months. More will be said about this at the right time,” he added, while noting that a decision is pending on whether AIS would list on the junior stock market or the main market.

Thirty years after starting his own company, Halsall said, in reflection, there were many naysayers in his early days.

“When we first started, many did not believe that the technology space could grow and develop as fast as it has. I was told back in the day that Jamaicans would never use an ATM – but look at how far we have come. Now, so many players are in the technology market and there is more belief in the products and what they can do,” he told the Financial Gleaner.

In the financial services arena, where technology is currently going through rapid changes, AIS is technology partner with National Commercial Bank Jamaica in the Quisk mobile money platform.

“We are in discussion with other banks to do the same, “he said. “Mobile money is the future and Quisk is poised to take full advantage of that.”

I will be back, Stuart warns Mottley