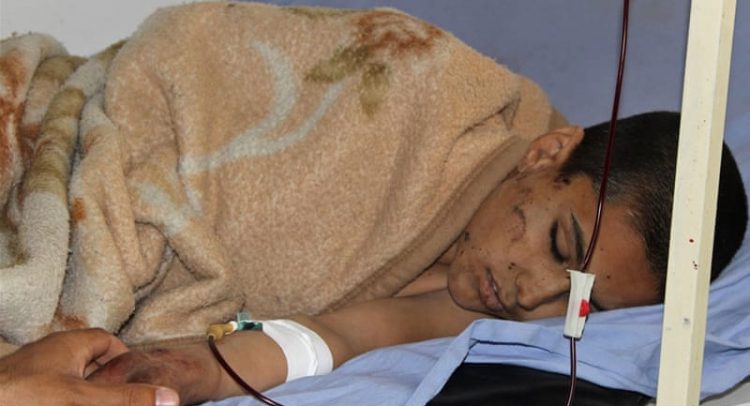 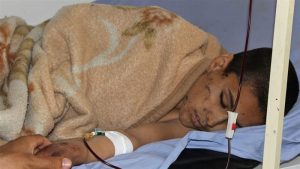 Dozens of civilians, including children, have been killed in an Afghan air attack on a gathering at a religious school in the northern province of Kunduz, eyewitnesses and an official said.

A religious school in the Dasht-e-Archi district of the Kunduz province was targeted by air raids late on Monday, resulting in the death of at least 70 people, including top Taliban commanders, a district official told Al Jazeera on the condition of anonymity because he is not authorised to speak to media.

“The air strike killed more than 30 Taliban fighters, including nine commanders,” he said. “The Taliban training centre was bombed and no civilians were present.”

The Taliban denied its fighters were present at the school during the time of the attack.

‘I am not a terrorist’

Witnesses told Al Jazeera that the gathering included “a lot of civilians” and the families of those killed in the attack “were devastated”.

“There were children as young as 11 or 12 years old in the ceremony who were to be presented with awards and gifts for the completion of their religious courses,” Mohammed Abdul Haq, who witnessed the attack, told Al Jazeera.

“Mothers are wailing and crying outside the hospitals for the death of their children and everyone is crying with them,” he added.

Other witnesses told Al Jazeera that more than 100 people were killed in the attack.

“I was working in my farm when I heard helicopters and jets bombing the madrassa (religious school) where the Taliban were gathered alongside new Qaris (the ones who memorise the 30 chapters of the Quran) to recognise them with awards,” Haji Ghulam, a witness, told Al Jazeera.

“The Taliban are active in the area, but the ceremony was attended mostly by children and young boys.”

Haji said when he went closer to the area, there were many children who were killed and wounded.

“It was a disaster. Blood everywhere,” he said, adding that the “many” people were killed.

Images circulating on social media purportedly showed a number of children’ss bodies, accompanied by the phrase: “I am not a terrorist”. Al Jazeera could not independently verify the images.

The Taliban, in a statement sent to Al Jazeera, said the air raid killed around 150 religious scholars and civilians, mostly children, while maintaining that no fighters were present during the attack.

United Nations Assistance Mission in Afghanistan said on Twitter that a human rights team on the ground will investigate the incident.

“UNAMA actively looking in to disturbing reports of serious harm to civilians yesterday from air strike at #DashtiArchi, #Kunduz. Human Rights team on ground establishing facts. All parties reminded of obligations to protect civilians from impact of armed conflict,” the tweet said.

Afghanistan’s air force, backed by US-led NATO coalition advisers, has accelerated aerial raids in the country in recent months to push the Taliban to the negotiating table, however, civilians have reportedly been killed in several incidents.

Earlier this month, a unit of the Afghan security and intelligence forces carried out a deadly raid in two villages in the Chaparhar district of Nangarhar province, that resulted in the death of seven farmer including two teenagers.

Afghan officials maintained that the people killed in the attack were Taliban fighters.

On January 31, Afghan special forces backed by US air raids launched an offensive against Taliban fighters in the Maiwand district in Kandahar, according to a Human Rights Watch report, released in February.

At least 20 civilians were killed in the operation, the report said.