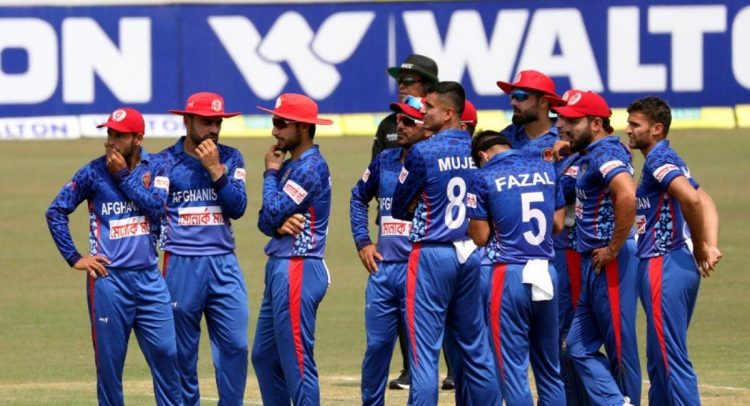 CHATTOGRAM, Bangladesh (AP) — Opener Rahmanullah Gurbaz struck a brilliant 106 not out as Afghanistan avoided a clean sweep by sealing a seven-wicket win against Bangladesh in the third one-day international on Monday.

Apart from a consolation victory in the three-match series, the result also gave the Afghans a valuable 10 Super League points.

Legspinner Rashid Khan claimed 3-37 as Bangladesh was dismissed for 192 in 46.5 overs. Gurbaz, who has now converted all three of his half-centuries to centuries in just nine matches, then helped Afghanistan race to the victory with 59 balls remaning.

“I am proud of the way we won the game after losing the first two,” Afghanistan captain Hashmatullah Shahidi said. “Gurbaz played a fantastic knock and we also bowled well, especially Rashid and (Mohammad) Nabi where spinners had little support.”

Gurbaz struck seven fours and four sixes for his 110-ball 106 not out and shared two important partnerships to edge the side closer to victory.

He and Riaz gave Afghanistan a solid start, combining for a 79-run opening stand before left-arm spinner Shakib Al Hasan had the latter stumped to break through.

Gurbaz then added another 100 with Rahmat Shah for the second wicket.

Offspinner Mehidy Hasan struck twice, dismissing Shah to end the partnership and then took the wicket of Shahidi.

Gurbaz brought up his century off 103 balls, pushing pacer Mustafizur Rahman through cover for doubles and soon after that fittingly finished the game with a single off Mehidy towards square leg.

Gurbaz was dropped by Bangladesh fielders thrice on 60, 61 and 63 and all three occasions, pacer Shoriful Islam was the luckless bowler.

“The story could have been different had we not put down the catches of Gurbaz,” Bangladesh captain Tamim Iqbal said. “It’s really disappointing. During the ODI championship, we were in a similar position against Sri Lanka and couldn’t finish it. It happened again. We started well and lost the rhythm in the middle.”

Fresh from his 136 in the second game, opener Liton Das made 86 to be the top scorer for Bangladesh. Shakib scored 30 and Mahmudullah was not out on 29.

Pacer Fazalhaq Farooqi dismissed skipper Iqbal for the third time in a row to give Afghanistan a good start after Bangladesh opted to bat first.

Liton and Shakib then added 61 runs before the latter dragged Azmatullah Omarzai’s delivery onto his stump.

Liton hit seven fours in his 113-ball 86 before he was dismissed by Nabi (2-29) as Bangladesh lost the last six wickets for just 39 runs.