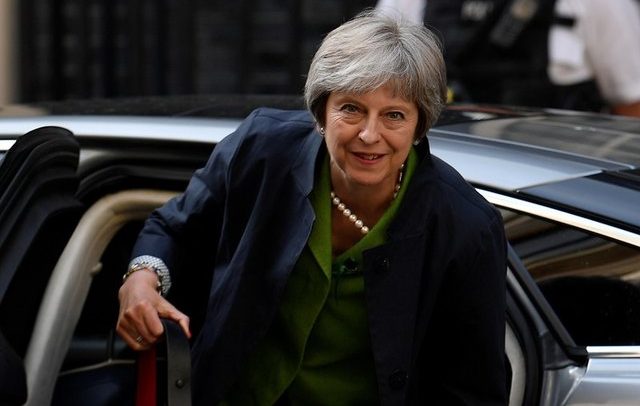 After compromise, May set to avoid defeat in parliament on customs Prime Minister Theresa May looked set to avoid an embarrassing defeat in parliament on Wednesday over her post-Brexit trade plans, a day after she defused a rebellion in her party over control of Britain’s exit from the European Union.

On the second day of debate on changes to May’s EU withdrawal bill, lawmakers will vote on amendments handed down from the upper house of parliament over Britain’s relationship to the bloc’s customs union and single market.

But while that vote seemed assured, tensions over Britain’s departure from the EU boiled over in parliament, where lawmakers from the Scottish National Party walked out in the middle of questions to the prime minister in protest at what their leader said was Scotland being ignored in the Brexit debate.