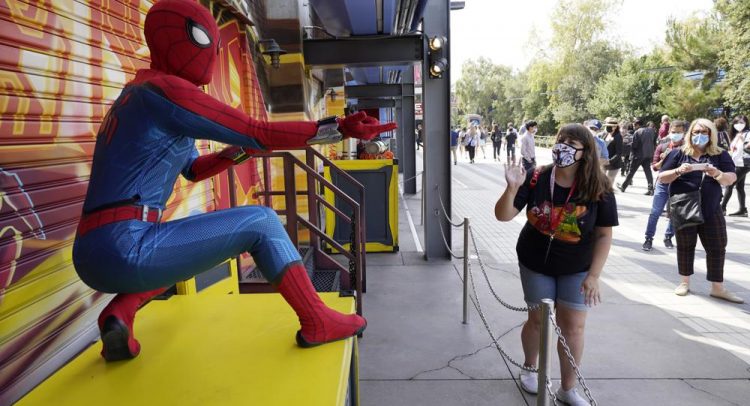 ANAHEIM, Calif. (AP) — Now that it’s getting safer to assemble, the Avengers are at last descending on Disneyland.

A Spider-Man ride that lets visitors blast bots with virtual webs from their bare hands and a show of strength from the royal guard of Wakanda are among the highlights of the new Avengers Campus at Disney’s California Adventure Park, whose debut was paused for about a year by the coronavirus pandemic before it opens to the public Friday.

The Avengers Campus seeks to be an immersive experience that allows guests to become super-heroic across a series of rides, shows and eateries from the Marvel Cinematic Universe.

“We’re excited to finally open up the gates and let everybody in,” Scot Drake, a portfolio creative executive with Walt Disney Imagineering, said at the park Wednesday. “We had 70-plus years of stories and amazing characters to pull from, 23 epic films, and for us it was, ‘What is the best way to get our guests right in the middle of those stories, right in the middle of the action?’”

Central to that aim is “WEB SLINGERS: A Spider-Man Adventure,” which combines classic ride structure with an array of cameras that capture guests’ body motion and allows them to play Peter Parker.

They’re asked to help onscreen Spidey Tom Holland fight an outbreak of small, smart and powerful Spider-bots, creations that he and a team of inventive teens developed but lost control of in an old building donated by Tony Stark.

Minister Of Health says St. Kitts and Nevis has been preparing for the eventuality of Covid-19 spread