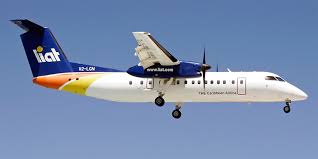 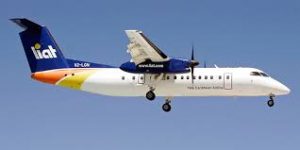 Chief Executive Officer (CEO) of LIAT has described regional airports’ use of taxes to generate revenue as “counterproductive”, and has made a proposal for the removal of one of these taxes.

Speaking on OBSERVER AM on Monday, Julie Reifer-Jones said that while she understands that there is need to sustain the airports, this is an issue which requires addressing.

“What we observed is that the airports in the region are generally using travel as a way of generating revenue to sustain the airport, but it is at the point now where it is counterproductive, because the proportion of the ticket that is taxes, is way too high to stimulate travel in the region,” she said.

The LIAT CEO anticipates that one of the ways of resolving this issue could be the elimination of the in-transit taxes.

“A first step could be to remove the in-transit taxes that we accumulate moving throughout the region. That’s one of the taxes that would be more important to LIAT because so many of our passengers fly more than one sector, and basically a lot of the routing through, be it Barbados, St. Vincent or Antigua, is that we are trying to connect the region and not just that the passenger wants to go there,” she said.

According to Reifer-Jones, many territories have indicated that they are willing to “commit” to an adjustment in the taxes.

The issue, she pointed out, has come up for discussion in the past and as it is being “more widely” discussed now, it is important to get started.

“This is not an easy issue for the governments, but I would say that there is more acknowledgement that there is an issue to be addressed and it is a more robust discussion than it has ever been and it is including a wider range of territories,” she stated.

Two studies, one by the Caribbean Development Bank (CDB) and the International Air Transport Association (IATA), and the other by CDB and LIAT, showed that there was a decline in regional travel, but growth in extra-regional travel.

Both studies spoke to the fact that there was a need to address the taxes.

During the 48th Annual Caribbean Development Bank (CDB) meeting in Grenada recently, Antigua and Barbuda’s Prime Minister, Gaston Browne, said there was the need to address the issue of airport taxes and tariffs throughout the Caribbean in an effort to help improve the ticket pricing.

Transit duty, or transit tax, is a tax levied on commodities passing through a customs area en route to another country.