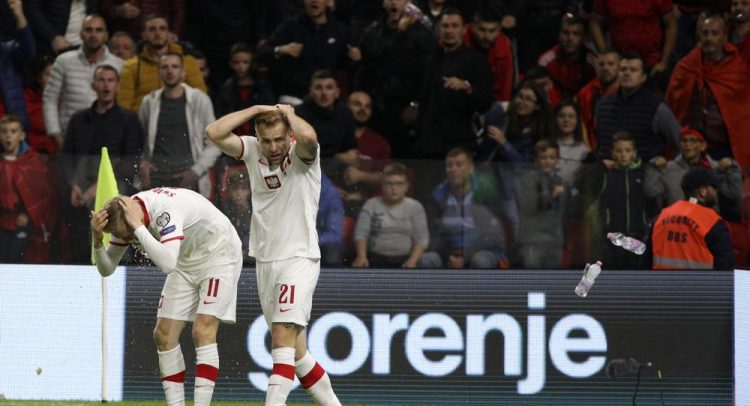 TIRANA, Albania (AP) — The Albanian soccer federation on Thursday deplored the violent behavior of its fans and blamed visiting Polish supporters for provocation during a World Cup qualifying match this week.

Albania lost to Poland 1-0 in Tirana on Tuesday. The game was suspended for about 20 minutes after Karol Świderski had just scored for Poland in the 77th minute and Albanian fans hurled water bottles at the celebrating Poles. Poland’s players walked off but returned to the field and held on to win.

A day later, FIFA opened disciplinary proceedings against both the Albanian and Polish federations without specifying the specific offenses.

The Albanian soccer association acknowledged the “incidents do not honor at all us, Albania and its wonderful fans,” adding “we had 22,000 excellent fans and only some scores of individuals spoiled all the good things done from the team.”

The statement by the association, however, blamed Polish fans for a “continuous provocation and a very aggressive behavior,” adding “the Polish fans repeatedly for about two hours hurled objects at our fans in two areas of the stadium.”

“We do not have violent fans. We do not have a history of problematic fans. On the contrary, the excellent behavior and support of our fans during the matches and outside are an object of pride for us.”

Next May, Albania’s Air Stadium will host the Europa Conference League final. The association pledged to work with the local authorities “to raise our organizational capacities.”