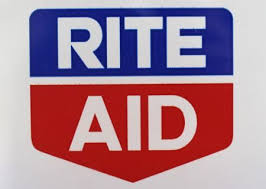 U.S. grocery chain operator Albertsons Companies Inc said on Tuesday it would buy the drug stores that Rite Aid Corp <RAD.N> is not selling to Walgreens Boots Alliance <WBA.O>, in a deal that would create a company with $83 billion in annual revenue.

The deal is a potential lifeline for a slimmed-down Rite Aid that saw its negotiating power for generic drugs weaken when it sold nearly half of its stores to larger rival Walgreens.

The deal also comes as the health industry prepares for the likely entry of Amazon.Com Inc <AMZN.O>, which recently acquired grocer Whole Foods to upend the grocery business.

Rite Aid shares rose were up about 25 percent at $2.66 in premarket trading. Depending on whether Rite Aid shareholders chose to be paid in cash and Albertsons stock or only stock, the deal values Rite Aid at between $1.30 and $2.65 per share, Evercore ISI analyst Ross Muken said.

The Wall Street Journal, which first reported of the deal on Tuesday, valued the combined company at about $24 billion.

After Walgreen’s proposal to buy the whole of Rite Aid was rejected by U.S. regulators due to antitrust concerns, it agreed in September to buy 1,932 Rite Aid stores for $4.38 billion.

Excluding those stores, Rite Aid had 2,569 stores as of Dec. 2, which will go to Albertsons. Rite Aid shareholder will own between 28 percent and 29.6 percent of the combined company, while Albertsons’ shareholders will own the rest.

The deal is expected to close early in the second half of this year and within about three years the combined company is expected to deliver annual run-rate cost savings of $375 million, with more than 60 percent within the first two years.

The saving will help the combined company generate adjusted pro-forma EBITDA (earnings before interest, tax, depreciation and amortization) of about $3.7 billion in about three years.

After the deal, Albertsons shares are expected to trade on the New York Stock Exchange.