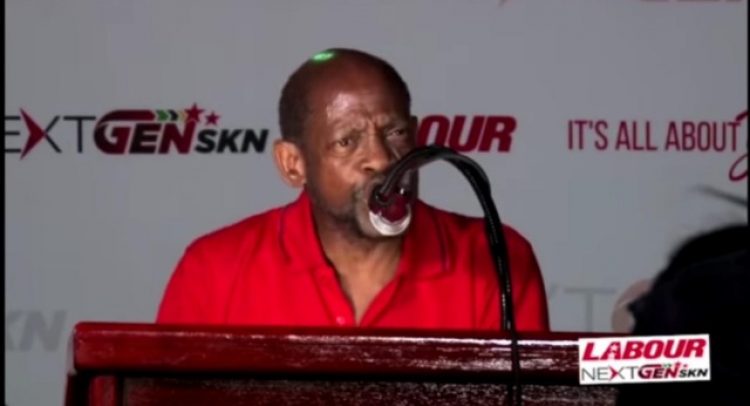 Basseterre, 22nd May, 2020, (MyVueNews.com) – The election campaign in St. Kitts and Nevis is now about one week old and the tempo and tenor of the political hustling are beginning to take shape, as candidates and parties intensify their activities to spread their messages to the electorate.

One of the arguments emerging from the St. Kitts-Nevis Labour Party is that they are not being able to campaign in the manner that they would have preferred, because of the COVID-19 restrictions.

Party Leader, Denzil Douglas used part of his presentation in a virtual town hall meeting on Thursday night ,(21st May, 2020), to complain that while his candidates are being asked to obey the rules and guidelines established to prevent the spread of the virus, members of the government have been partly ignoring some of the social distancing protocols.

Douglas argues however, that no matter the restrictions, his Party is ready and on the road to win the election, because the government, he said, “does not deserve a second term”.

Turning his attention to the COVID-19 Task Force, Dr. Douglas expressed disappointment that his Party was not invited to be directly involved.

He acknowledged however, that he, as Political Leader, and fellow candidate, Dr. Terrence Drew, as Chairman of the Labour Party, have had the opportunity to meet with the head and other key personnel on the Task Force.

But he stated that they made it clear that the Parliamentary Opposition, in particular, was very disappointed that they had not been invited to sit as one of the working groups, given that the Task Force is one of the very important parts of the institution of the governance of the country.

He shared the view that the opposition should have had “its rightful place, in and among the stakeholders of our country,” in what he said is the important management of the pandemic in the country.