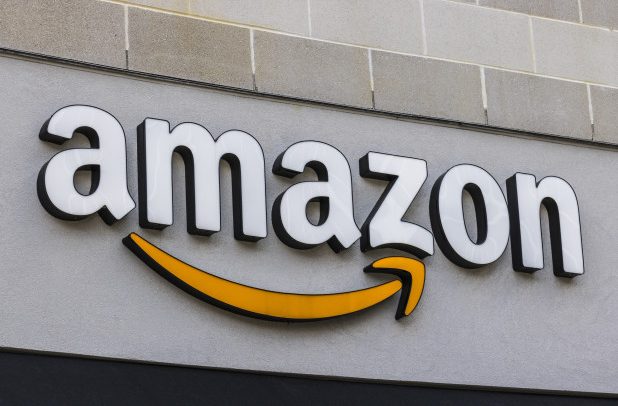 Amazon has become the second company to be valued by Wall Street at $1tn, a matter of weeks after Apple reached the milestone first.

On Tuesday, a rise in the share price of Amazon, which is listed on the Nasdaq stock exchange in the US, briefly took it above the trillion-dollar watermark for the first time. Achieving the valuation marks the latest chapter in an astonishing story of growth for the company, founded by businessman Jeff Bezos in Seattle in 1994.

Less than 25 year later, Amazon has garnered a major presence in everything from retail, to groceries, to video streaming, helping it rack up revenues of $178bn (£139bn) last year.

Bezos has become the world’s richest man in the process, with a net worth estimated at more than $167bn on Tuesday, according to Forbes.

But with rapid growth has come fierce criticism over its attitude to tax and workers’ rights.

The company that started life selling books and CDs online has morphed into a behemoth that now makes much of its money from hosting websites such as Airbnb, Netflix and Unilever. Amazon Web Services is currently the frontrunner for a $10bn contract to provide cloud computing for the US Department of Defense.

Alongside cloud services, Amazon has been growing its own content business, developing TV shows and movies. Last year it bought Whole Foods, the grocery chain, for $13bn as Bezos moved to expand Amazon’s food offering. The company now appears to have targeted the healthcare market as its next big opportunity.

Amazon’s size – and Bezos’s fortune – have attracted the ire of Donald Trump. Bezos bought the Washington Post in 2013, and though he has kept the Post as a distinct company from Amazon, the newspaper’s criticism of Trump has sparked numerous attacks from the president.

“Amazon Washington Post has gone crazy against me,” Trump wrote on Twitter in July, the latest in a series of verbal assaults. Trump has accused Amazon of ripping off the US Postal Service (USPS) and has convened a taskforce to assess USPS’s finances.

Trump has also threatened a wider investigation into Amazon’s dominance in online retail. The company accounts for 49 cents out of every e-commerce dollar spent in the United States, and has been blamed for the failure of once powerful retailers such as Toys R Us.

“Is Fake News Washington Post being used as a lobbyist weapon against Congress to keep Politicians from looking into Amazon no-tax monopoly?” Trump asked last year.

The company has also attracted criticism from the left. Amazon is currently assessing where to build a second headquarters in the US, dubbed HQ2. The massive complex is expected to add 50,000 local jobs, but the winning city also looks sure to burnish Amazon with generous tax breaks.

Amazon was offered $7bn to build its second headquarters in Newark, New Jersey, a cash-strapped city that critics say could easily find better ways of spending the money than giving it in tax breaks to one of the world’s richest companies.

Seattle, Amazon’s home town, has also developed an ambivalent view of the company. Rents in the city have soared, pushing poorer people out, and Amazon lobbied hard to stop the city imposing a tax on large corporations that was meant to tackle growing economic inequality.

Amazon had been vying with Apple to reach the landmark $1tn figure for months but lost out when stock markets responded favourably to Apple’s financial results last month.

Both companies now have a stock market value more than a third the size of the UK economy and larger than the economies of Turkey and Switzerland.

While the energy company PetroChina was cited as the world’s first trillion-dollar company after its 2007 flotation, the valuation is considered unreliable because only 2% of the company was released for public trading.

Saudi Arabia’s national oil company Saudi Aramco was expected to achieve a $2tn valuation via a stock market listing, but the oil-rich Gulf state has reportedly put the plan on hold.