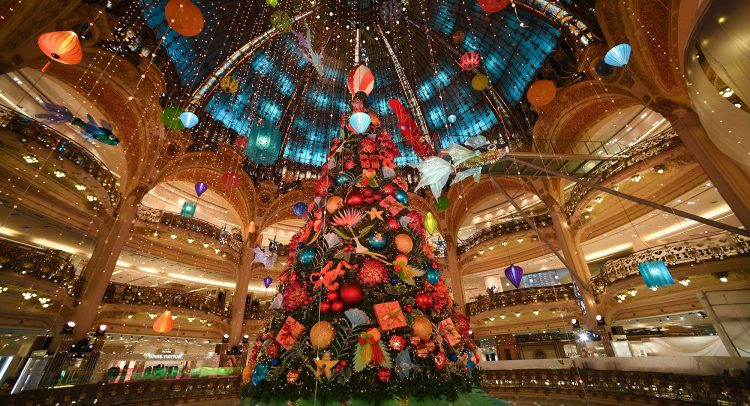 Amazon.com Inc. and other major retailers in France agreed to postpone Black Friday amid an outcry from smaller rivals, which have been campaigning to re-open physical stores before the promotional event.

Amazon and traditional retailers, including Galeries Lafayette department stores, agreed to postpone the shopping holiday from Nov. 27 to Dec. 4. All non-essential stores in France have been shut since Oct. 30 when authorities imposed new restrictions to contain the spread of the virus. The lockdown is set to end on Dec. 1.

“Today, as many other French retailers and following the government’s recommendation, we decided to postpone Black Friday if this enables retailers to reopen before Dec. 1,” Frederic Duval, general manager at Amazon France, said in a statement.

Finance Minister Bruno Le Maire praised brick-and-mortar store owners as well as online retailers for agreeing to postpone Black Friday by a week provided shops can re-open by Nov. 27, according to a statement after a meeting with industry representatives on Friday. President Emmanuel Macron is set to address the nation on Tuesday. He’s expected to lay out how France will progressively exit the lockdown and get all sectors of the economy working again.

Le Maire said earlier this week reopening non-essential stores with a massive promotional event that could generate crowds in stores would be irresponsible amid the pandemic threat.

“What’s important is that we reopen our stores. If this priority comes with a postponement of Black Friday, we won’t argue with it,” Nicolas Houze, chief executive officer of Galeries Lafayette, said during an interview on Friday with BFM Business. “Our priority is to welcome our customers in our stores and if we can do so from Nov. 27 or Nov. 28, it’s great news.”

Supermarket chains Carrefour SA, Leclerc SA, and Systeme U also said Thursday they’d either support a postponement or a suspension of Black Friday, and some digital retailers are abstaining.

“We decided not to do Black Friday,” Thierry Petit, co-founder of online flash-sales website Showroomprivé, said on Friday during a presentation with Digital Affairs Minister Cedric O. “But this is an important event for consumption. It kicks off the beginning of the Christmas shopping season. The French need purchasing power.”

The decision from Amazon follows a battle for workers’ rights during the pandemic that cost the company market share.

Main Photo: Les Galeries Lafayette agreed to postpone the shopping holiday from November 27 to December 4 so that smaller businesses can have an opportunity to reopen [File: Pascal Le Segretain/Reuters]