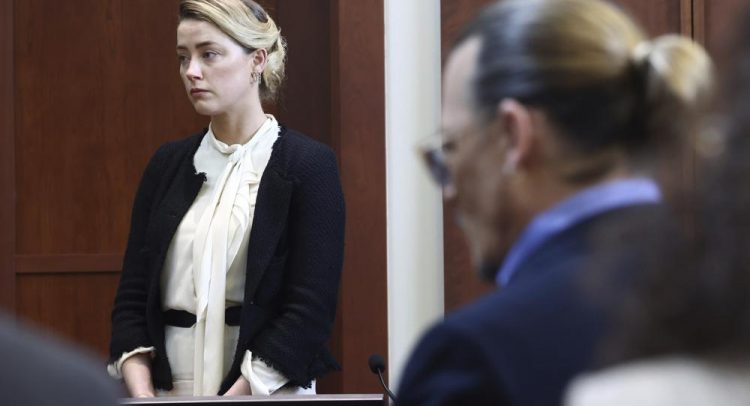 FALLS CHURCH, Va. (AP) — Amber Heard is expected to take the witness stand Monday for a third day of testimony in a libel suit filed against her by her ex-husband, Johnny Depp.

The high-profile trial is resuming after a one-week hiatus to accommodate a judicial conference. Jurors have already heard four weeks of testimony.

Heard has already spent two days on the witness stand and still has not been cross-examined by Depp’s lawyers.

Heard told jurors she was physically and sexually abused on multiple occasions before and during her brief marriage to Depp, which lasted from 2015-16. Depp has already testified and denied he ever hit Heard.

Depp is suing Heard in Fairfax County Circuit Court for libel over an op-ed she wrote in The Washington Post describing herself as “a public figure representing domestic abuse.” His lawyers say he was defamed by the 2018 article even though it never mentioned his name.

Actor Amber Heard, left, and actor Johnny Depp appear in the courtroom at the Fairfax County Circuit Court in Fairfax, Va., Thursday, May 5, 2022. Depp sued his ex-wife Heard for libel in Fairfax County Circuit Court after she wrote an op-ed piece in The Washington Post in 2018 referring to herself as a “public figure representing domestic abuse.” (Jim Lo Scalzo/Pool Photo via AP)