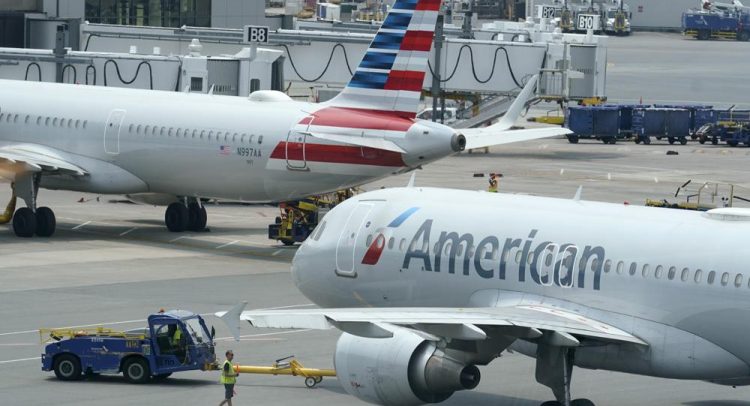 FORT WORTH, Texas (AP) — American Airlines is reporting a third-quarter profit of $169 million after collecting nearly $1 billion in federal pandemic aid, and it expects big crowds and more flights during the upcoming holidays.

The airline felt the late-summer impact of the highly contagious delta variant of COVID-19, which caused a slowdown in bookings and a rise in cancellations across the industry.

“While the rise of the COVID-19 delta variant delayed some of our revenue recovery, it has not stopped our progress,” said Chairman and CEO Doug Parker.

American said Thursday that it expects fourth-quarter revenue to be down 20% compared with the same quarter in pre-pandemic 2019.

The Fort Worth, Texas-based airline said passenger-carrying capacity in the fourth quarter will be only 11% to 13% below than the third quarter of 2019.

Parker said that steps to pare its fleet of planes and reduce costs — thousands of workers quit last year — have left American in good position “as the recovery takes hold.”

American’s profit of $169 million was possible because of $992 million in federal pandemic relief. Without taxpayer help, and other special items, American would have lost $641 million, or 99 cents per share.

Analysts surveyed by FactSet had expected American to lose $1.04 per share.

Revenue was $8.97 billion. That was slightly better than analysts’ mean forecast of $8.92 billion, but it was down 25% from the same quarter in 2019, a sign of how far airlines still have to go to fully recover from the pandemic.

American Airlines passenger jets prepare for departure, Wednesday, July 21, 2021, near a terminal at Boston Logan International Airport, in Boston. American Airlines says it earned $169 million in the third quarter, but the delta variant of COVID-19 slowed down its recovery from the pandemic. The third-quarter profit was possible because American got nearly $1 billion in pandemic relief from the federal government. American said Thursday, Oct. 21, 2021, that revenue in the fourth quarter will be down 20% compared with the same period in 2019. (AP Photo/Steven Senne)