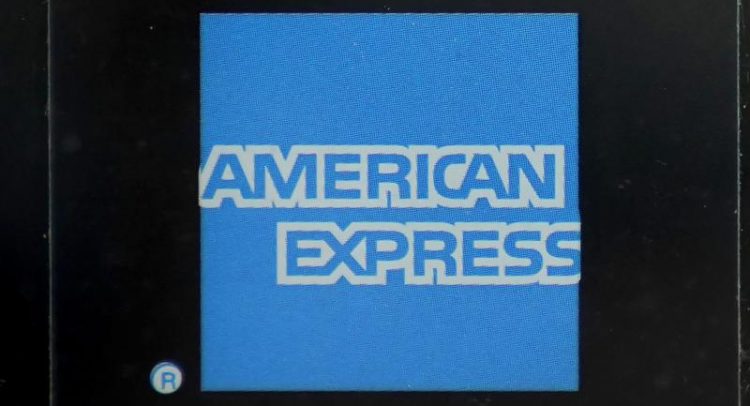 NEW YORK (AP) — Spending at restaurants, shops and entertainment venues has come back in force as vaccines become more common and it fueled a revenue surge at American Express during the second quarter.

That momentum picked up as the quarter progressed, the company said Friday, particularly spending from younger customers.

“We saw card member spending accelerate from the prior quarter and exceed pre-pandemic levels in June, with the largest portion of this spending growth coming from Millennial, Gen Z, and small business customers,” Chairman and CEO Stephen Squeri said in a prepared statement.

Revenue, net of interest expense, jumped to $10.24 billion from $7.68 billion last year, stronger than the $9.47 billion that Wall Street was looking for, according to a survey by Zacks Investment Research.

Shares of American Express Co. climbed 3.4% at the opening bell.

Demand for fee-based Platinum cards is getting stronger, Squeri said, and American Express registered 2.4 million new cards in the quarter.

This easily beat projections of $1.64 from industry analysts.

American Express’ consolidated provisions for credit losses resulted in a benefit of $606 million benefit for the current quarter. This was mostly because of the reserve releases and lower net write-offs. The year-ago period had a provision expense of $1.6 billion, which was primarily due to significant credit reserve builds the company implemented as it contended with the repercussions of the pandemic.

American Express took a hit in the pandemic, with fewer Americans traveling, dining out or shopping. Spending on corporate and individual charge and credit cards dropped, and those who kept a revolving balance paid off their debts.

That spending freeze thawed as infections plunged during the vaccine rollout.

Infections have begun to spike in some regions of the country where vaccination rates are low. COVID-19 cases nearly tripled in the U.S. over two weeks amid an onslaught of vaccine misinformation that is straining hospitals.

At this point, rising infections in some regions of the U.S. does not appear to be of great concern with the rate of vaccination high and rising in parts of the country.

“We are increasingly optimistic that the momentum we’ve generated will continue given the strength we see in our core business, particularly in the U.S., even as the pace of the recovery remains uneven in different regions around the world,” Squeri said. “Based on current trends, we are confident in our ability to be within the high end of the range of EPS expectations we had for 2020 in 2022.”

Earlier this month American Express said that it was increasing the benefits — and the fee — on its flagship Platinum Card. The annual fee is going from $550 to $695.

A portion of this story was generated by Automated Insights (http://automatedinsights.com/ap) using data from Zacks Investment Research. Access a Zacks stock report on AXP at https://www.zacks.com/ap/AXP

An American Express logo is attached to a door in Boston’s Seaport District, Wednesday, July 21, 2021. American Express Co.’s second-quarter revenue surged as people started spending more at a time when many are getting vaccinated against COVID-19 and feel more comfortable going out to restaurants, shops and entertainment venues again. (AP Photo/Steven Senne)